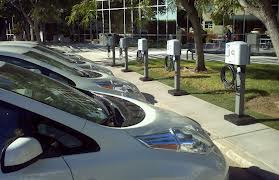 As automakers reduce prices on their plug-in electric vehicles, how does the cost of ownership compare to fuel-efficient internal combustion engine vehicles?

Long term lifecycle costs for EVs are still unknown – unless you’ve been driving one for several years, such as the limited number sold in the second half of the 1990s. As for the new generation of lithium-ion battery models, they’ve only been on roads since late 2010. The cost of the battery pack replacement is a big issue for analysts. However, with 93% of them being leased for now, battery life is yet to be much of a real concern – but the worry is always there. The Nissan Leaf has gone through this struggle in the past year with Leaf drivers in hot areas like Arizona being angry and vocal about the performance of the Leaf’s battery pack.

Phil Gott, Senior Director at IHS, said, “If you are going to compare the operating costs of an electric vehicle and take into account the battery costs, you need to take into account all the costs of maintenance and engine replacement.”

How many consumers will be doing that math while buying a car? “Nobody and that’s the reality,” Gott said.

EV sales are still small compared to the overall market – only 0.63% of new vehicle sales in the US during June. They’re not going away, but there are a few barriers to be crossed for these numbers to grow. Car shoppers need a lot more education and experience to address key concerns – limited range per charge; sparse charging infrastructure; vehicle reliability and durability; and total cost of ownership compared to what they’re driving now.

Electric vehicle charging solutions provider AeroVironment just made an agreement with Ford Motor Co. to be thepreferred installation partner and authorized charging station supplier for its plug-ins – Ford Focus Electric and the C-Max Energi and Fusion Energi plug-in hybrids. Customers will get a 240-volt charger and schedule a turnkey professional installation after making a call to AeroVironment (with a web-based option soon to come). AeroVironment also brings its nationwide network of certified installers and a three-year onsite parts and labor warranty.

AeroVironment has become the leader in the field – having installed 11,000 charging stations (home, public, and workplace). Two of its competitors – ChargePoint and ECOtality – have deployed US Department of Energy-grant funded installations, but AeroVironment has surged forward through its partnership with the Nissan Leaf and other customers who are very familiar with the diverse company known for its technology expertise. AeroVironment plays a leading role in supplying the US Dept. of Defense and its military organizations with electric-powered unmanned aircraft systems (aka drones). In the early 1990s, AeroVironment worked with General Motors on an electric vehicle test program that became the EV1 electric car.

The Ford program is a little bit different than the dealer program AeroVironment announced at the National Automobile Dealers Association convention earlier this year. Those buying a battery electric vehicle or plug-in hybrid have the option of financing the charger in combination with the vehicle at the time of sale. Dealers can now offer a one-stop shop experience for EV drivers. Dealers can offer various “bumper-to-bumper” warranty options for the chargers that match the financing terms of the vehicle. Chargers bought through the dealer program are installed by a licensed electrician certified in EV charging installation in all 50 states.

Nissan is working with AeroVironment on this program, and the charging station maker may do something similar with BMW, Mitsubishi, and other OEMs. Ford’s alliance with AeroVironment is very similar to the one-stop financing program with Nissan. Ford is seeing gradual increases in EV sales, and is getting a lot of attention with its C-Max Energi and Fusion Energi plug-in hybrids. It wouldn’t be surprising to see other major OEMs announce similar supplier agreements with AeroVironment.