Talks breakdown between CA and feds:  Officials from California and the federal government have reached a stalemate over fuel economy and vehicles emissions standards, three people familiar with the matter told Bloomberg. Representatives from California Air 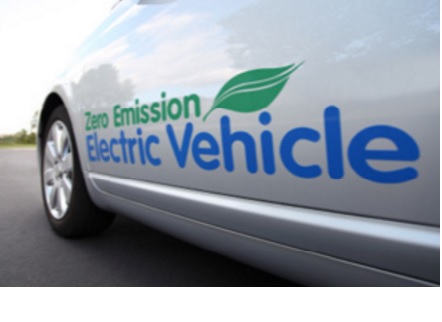 Resources Board had been meeting in December with Environmental Protection Agency and National Highway Traffic Safety Administration officials to reach a compromise between the state and federal standards. The goal had been to reach agreement by late March or early April to modify the Obama administration’s corporate average fuel economy rules. Tensions between California and other states that follow California’s zero emission vehicle guidelines had been building. The conflict has been exacerbated during a time California has been leading a group of 16 states in a lawsuit to block Trump’s use of emergency powers to build the border wall. While federal representatives didn’t respond to requests for comments, the fuel economy and emissions stalemate was acknowledged by CARB. “The administration broke off communications before Christmas and never responded to our suggested areas of compromise — or offered any compromise proposal at all,” CARB spokesman Stanley Young said in an email. “We concluded at that point that they were never serious about negotiating, and their public comments about California since then seem to underscore that point.”

Amazon backs Rivian:  Electric truck and SUV startup Rivian just announced that its $700 million funding round is being led by Amazon. Rivian, a Plymouth, Mich.-based vehicle manufacturer, is raising funds to finish development and launch production of the all-electric R1T pickup truck and R1S SUV for deliveries beginning in 2020. These prototypes were displayed at the LA Auto Show in November. The investor group Amazon is leading for Rivian also includes the investment arm of a Saudi Arabian conglomerate whose holdings include a major Toyota car and truck distributorship. Sumitomo Corp. also has invested in Rivian. General Motors had been eyeing the startup as an investment, but was not part of the Amazon-led funding round.

Heavy-duty pickups hot:  Detroit automakers are moving even farther away from fuel-efficient, clean cars through the very profitable heavy-duty pickup segment. Ford has been taking the lead, and has been exhibiting a refreshed Super Duty F-Series pickup at the Chicago Auto Show. Ford has been marketing the truck’s advanced driver-assistance technology and new powertrains that will make the Super Duty its most powerful vehicle offering. Ford’s commercial vehicle business earned $10 billion in 2017 profits on $72 billion in revenue. The competitive climate is taking place at a time Ford and General Motors have announced moves to shut down production of cars for trucks, SUVs, crossovers, and vans. The heavy-duty truck market has failed for Ford in South America, as the automaker just announced it would be closing down its Brazilian truck plant to end losses being taken in the region.

Greenlots acquired by Shell:  Greenlots, a leading electric vehicle charging and energy management software company, has signed a deal to become a wholly owned subsidiary of Shell New Energies US LLC, a subsidiary of Royal Dutch Shell plc. Greenlots’ network operating system, SKY, delivers comprehensive, open standards-based EV infrastructure management capabilities for site hosts and grid operators. The company was selected as the sole software provider for Volkswagen’s “Electrify America” charging program. Shell sees it as an opportunity to meet demand for low-carbon energy while making EV charging more accessible to utilities and businesses. Greenlots sees it as an opportunity to expand in global markets and support eco-mobility. “As power and mobility converge, there will be a seismic shift in how people and goods are transported,” said Brett Hauser, Chief Executive Officer of Greenlots. “Electrification will enable a more connected, autonomous and personalized experience. Our technology, backed by the resources, scale and reach of Shell, will accelerate this transition to a future mobility ecosystem that is safer, cleaner and more accessible.”