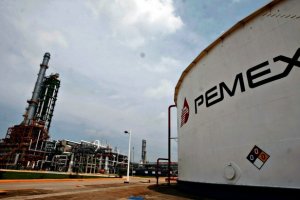 There’s been a huge shift in energy policy that will impact oil and gas in North America – the Mexican government just passed a sweeping energy reform bill that will very likely allow foreign investors into the market. New legislation ends state-sponsored energy companies’ 75-year monopoly, allowing private oil firms, including major US conglomerates, to enter into “production-sharing” agreements with Mexico. International producers will have access to production-sharing contracts or licenses where they would get to own the oil they pump out of Mexico’s reserves. The North American Free Trade Agreement, which went into effect in 1994, has facilitated major economic developments like automakers opening up production plants in Mexico and trucking companies moving cargo across the borders. Mexico’s energy reform bill could be in the same league.

There are huge unexplored crude oil reserves in Mexico, and it’s no longer entirely controlled by Pemex, that state-owned oil producer. Pemex has been known for being full of corruption and failing to tap into the vast supply which it says sits at about 13.87 billion barrels of proven oil reserves. There’s probably a lot more, as this is just the proven supply.

Hydraulic fracturing, or fracking, will likely be used to tap into a huge supply of oil and natural gas, and can transform Mexico as well, according to Energy & Capital’s Christian DeHaemer. Fracking is playing a large part of oil and natural gas being plentifully accessed in the US and is likely to play a big part in Mexico’s energy market. That means natural gas prices are likely to stay down for an even longer period of time than was initially expected for North America – and could support growth in natural gas vehicles and infrastructure.

Implementation of the policy and its regulatory decisions will take a while to be finalized in Mexico. There is a political fight going on and the leftist party, PRD, may be call for a popular referendum. The public is less supportive of opening up Pemex, so the process could be dragged out and Mexico’s oil reserves could fail to open up to foreign investment. Energy analysts will be carefully watching Mexico to see where all of it ends up.

If the oil and gas reserves open up to foreign investors, it’s expected that petroleum prices will soften along with natural gas. Crude oil will likely drop in price and that would likely mean that gasoline and diesel prices in the US could continue to stay close to where they are now. The national average has hovered at a little under $3.25 per gallon and diesel a bit under $3.85 per gallon. Skyrocketing fuel prices during 2008 helped push support for electric vehicles and other alternative fuel vehicles – so the potential for oil prices softening will likely deflate some of that argument.