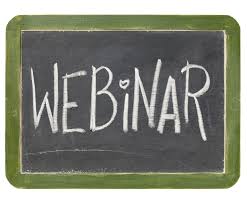 For those of you who enjoy good webinars, register immediately for an Alternative Clean Transportation (ACT) Expo session coming up tomorrow, January 22 at 11:00 am PT / 2:00 ET (though it’s possibly filled up by now). Two seasoned experts will share their experience and insight on “How to Integrate Alternative Fuels into Your Fleet Operations” – Rick Sikes of City of Santa Monica and Joe Stergios of Enterprise Fleet Management. Sikes has been in the trenches with alternative fuel vehicles for about 25 years and has played a leading role in organizing AltCar Expo in Santa Monica each year. Stergios has worked closely with fleet clients who want to integrate clean, efficient technologies into their fleets; he’s played a valuable role in the monthly stakeholder calls for Green Auto Market, shedding light on what’s actually happening out there. These two speakers will talk about evaluating economic and environmental benefits of AFVs in their fleet operations, selecting the right equipment and fuel options, securing funding and tax credits, and maintaining and operating equipment safely and cost-effectively. Click here to register.

Interested in gauging the quality of the air you’ve been breathing lately? Visit the AIRNow website, which offers Air Quality Index (AQI) reporting on 300 major US cities with links to more detailed state and local air quality website. It’s been coordinated by the US Environmental Protection Agency and partner federal agencies (such as the National Oceanic and Atmospheric Administration).  Its maps are updated daily by the hour. The AQI focuses on health effects you may experience within a few hours or days after breathing polluted air. It measure five major pollutants listed under the Clean Air Act – ground-level ozone; particulate pollution (aka particulate matter); carbon monoxide; sulfur dioxide; and nitrogen dioxide.  The data is collected by federal, state, local, or tribal monitoring agencies to enforce the act.

And in other news……

Speaking of air pollution, Utah resident want to see tougher air pollution requirements on industry. They said they’re more concerned about air pollution today than they were five years ago, according to a survey conducted for The Salt Lake Tribune. Researchers found that residents favored stricter laws for industry emissions on a 3-to-1 basis.

Two Chinese companies will square off in bankruptcy court on February 12 to determine the fate of Fisker Automotive. An auction will take place that day and Wanxiang Group will be competing with investor Richard Li of Hong Kong and his Hybrid Tech Holdings partner. Hybrid has said its initial bid would be worth $55 million – so the numbers are more than doubling over the initial bid.

Tesla CEO Elon Musk has been getting into squabbles with NHTSA over how the Model S investigation should be conducted, what’s going to be investigated, and what it will be called. Musk has been upset that the word “recall” has been issued when customers as of yet don’t have to bring their cars in to a Tesla retail location. The garage fire caused by house wiring was another slap to Musk in having it defined as a recall. “What are they supposed to do about that, issue a recall for the house?” he asked.

Strong fuel economy was a key them at the Detroit Auto Show especially for Ford Motor Co. and its new F-150 pickup with an all-aluminum body that weighs 700 pounds less. Chrysler emphasized its Ram 1500 pickup with an eight-speed transmission and a 2015 Chrysler 200 with a nine-speed gearbox, which gives it 35 mpg on the highway. Toyota will be rolling out even more hybrids and will bring its hydrogen powered car to market a year earlier than previously announced – now it will be 2015. During the Automotive News World Congress, Brian Kesseler, president of Johnson Control’s battery division made a strong statement. He thinks it’s entirely possible for the auto industry to reach the lofty 54.5 mpg by 2025 directive from the federal government. He thinks it will come from a mix of stop-start systems, turbochargers, direct injection and other cutting-edge technologies.

Overall sales slowed down last for Toyota Motor Corp, but hybrid electric vehicles continued to see strong numbers. Toyota sold over one million units for the second year – this time reaching 1.279 million units sold. That’s up over 1.219 million hybrids sold in 2012, which was the first year Toyota passed the one million annual mark for hybrids. There were several new hybrid models introduced in late 2012 and through 2013 in different global markets – the Crown Hybrid, Avalon Hybrid, Lexus IS 300h, Corolla Axio Hybrid, Corolla Fielder Hybrid, Crown Majesta Hybrid, and the Lexus GS 300h. It’s an impressive lineup – 24 hybrid models and one plug-in hybrid in about 80 countries. The automaker says it will roll out 15 more hybrid models in the next two years.