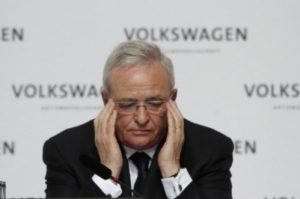 Volkswagen AG is facing a catastrophe that will probably take years to recover from. The outcomes of government agency rulings, recalls, and class-action lawsuits will tap into VW’s cash reserves – and will dictate its future strategic planning. It’s the “perfect storm” as automakers compete to dominate global markets; compliance with national emissions standards, for the most part, is being enforced; OEMs face unattainable expectations on advanced technology innovations; and consumers expect major corporations to live with a fairly high level of accountability and transparency.

Opinions shared by VW vehicle owners, fleet operators, regulators, political leaders, and automotive analysts will also play its part in the outcome. As for now, here’s the latest significant developments on VW’s challenges: 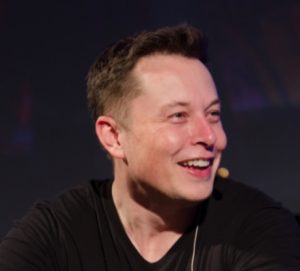 As seen in Green Auto Market and automotive media in general, Tesla Motors can seize center stage for periods of time and then do it again. In the past few years, other automakers (like Subaru, Hyundai, and Kia) have surged forward in sales and market presence; but their brand imaging pales in comparison. That being said, here’s my latest reality check on Tesla’s performance: 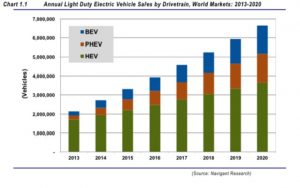 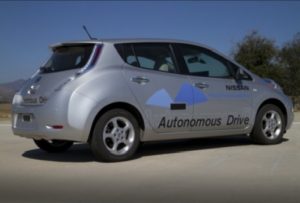 General Motors Co. is betting big on its future in the fast-changing automotive space. Along with its investments in Lyft, Sidecar, and its Maven startup brand, GM has announced management changes to support its next-generation vehicle technologies. Doug Parks, GM’s vice president for global product programs, is now vice president for autonomous technology and vehicle execution. Parks will oversee projects to develop new electrical and battery systems and software for autonomous and electric vehicles, the company said. There are other executives taking positions in GM’s new Autonomous and Technology Vehicle Development Team with similar backgrounds in electric vehicles and technology innovations.

There are other OEM executives who see a logical integration of electric and autonomous vehicle technologies. “The two most profound innovations in automotive since the moving production line are electrification and autonomy,” Tesla CEO Elon Musk said to Automotive News.

Tim Lipman PhD, Co-Director at the Transportation Sustainability Research Center, UC Berkeley, sees a “nexus” between autonomous and electric vehicles. Lipman spoke on a panel that I moderated last fall that was part of the Northern California Clean Technology Forum hosted by the Sacramento and East Bay Clean Cities Coalitions.

Autonomous vehicles are ideal for charging the electric vehicles most efficiently, such as during off-peak hours, Lipman said. Electric vehicles are easier to control and maintain than traditional internal combustion engine vehicles. Electric autonomous vehicles would be ideal for meeting energy efficiency and environmental targets in a fleet, he said. It’s all part of a larger trend that UC Berkeley’s  Transportation Sustainability Research Center is tracking as cities continue to grow in population; increasing traffic congestion and air pollution are driving policy changes with increased use of transportation alternatives such as carsharing, ridesharing, electric vehicles, and autonomous vehicle technologies, he said.

Nissan would agree on the nexus and integration of EV and self-driving technologies, as you can see in the Nissan Leaf photo above from the automaker’s 2014 Autonomous Drive Car test program.

Here’s a look at the latest developments in OEM strategic planning on the integration of electrified and autonomous vehicle technologies…….