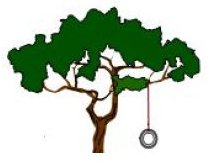 Stakeholders in this emerging field have been calling out for years on helping consumers better understand and make informed decisions. Education and public awareness services provided by LeSage Consulting – including online and onsite seminars, ride and drives, and educational materials – are vital for answering frequently asked questions and breaking through range anxiety and other concerns. LeSage Consulting will provide education resources to three audiences:  automakers and dealer networks informing car shoppers and customers; stakeholder alliances deploying fuels and infrastructures; and conferences and events presenting educational seminars and hands-on experience with the vehicles.

Jon LeSage is known in the industry as a writer/editor covering alternative fuel vehicles for Green Auto Market, AutoblogGreen, and Automotive Digest. In addition to media, LeSage worked in market research serving clients in automotive, transportation, and consumer products. LeSage Consulting is a logical continuation of his professional experience and skillset – and his passion for clean transportation – in an engaging, insightful format.

“There’s so much to follow these days with breakthroughs in vehicle technologies, alternative fuels, and renewables, along with new ways of thinking about transportation such as carsharing and autonomous, driverless cars,” LeSage said. “Every one of the alternative fuels and vehicles has a series of challenges to break through to see real growth. LeSage Consulting works with clients to turn these challenges into opportunities that will help clean transportation move forward.”

Stakeholders served by LeSage Consulting will include:

More information on LeSage Consulting products and services is accessible on LeSage’s website including current and back issues of Green Auto Market; subscribers can choose the Extended Edition with industry metrics including hybrid and EV sales, alternative fuel prices, stock market performance for companies in the field, and US charging and fueling stations. In the next few months, LeSage Consulting will release the Green Vehicle Database with specifications, pricing, and incentive data on passenger and commercial vehicle offerings for the 2014 and 2015 model years. Jon LeSage can be contacted at (562) 505-6380 and jlesage@jonlesage.com.