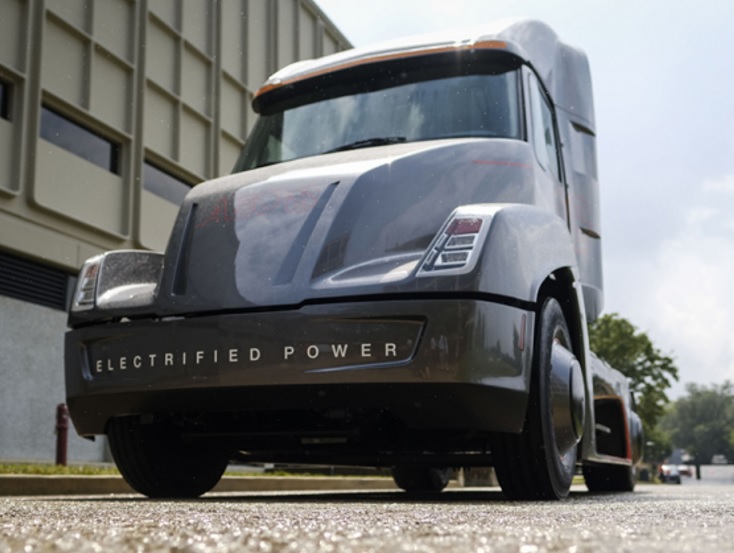 truck will have a 44,000-lb. maximum payload and about 100 miles of range. That beats Tesla’s announcement, which takes place next month and is expected to focus on a 200-300 mile range electric semi truck. Named AEOS after a four-winged horse-driven chariot from Greek mythology, the Cummins electric truck (built by Roush) follows an announcement in June that the company will bring out an electric bus by 2019. Cummins is looking for vehicle manufacturers to work with and large fleets interested in buying them. For now, the electric heavy-duty truck is in the concept phase. The company is well known by fleets for its natural gas truck engines.

Solar-powered dealerships:  SunPower solar dealers are working with auto dealerships across the country to put solar panels on empty rooftops and over parking lots to cut energy costs and to meet sustainability targets. Construction of the solar installations has also helped protect roofs and a fleet of new cars underneath the stations. Minnesota-based Luther Auto Group, the largest privately held auto group in the Midwest, has placed 454 kilowatts of solar at 10 of its dealer locations. They’re projected to save the company more than $2.1 million in electricity costs over 25 years.

tapping into the company’s CASE philosophy – Connected, Autonomous, Shared, and Electric. When it does come out years from now, customers will be able to hail a ride in the tiny electric car from their smartphone. Vision EQ vehicles will be able to flow through traffic more smoothing by “talking” to other autonomous vehicles out on the roads. It will be used for carsharing rides, and could be ideal for Daimler’s Car2Go subsidiary.