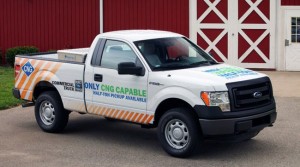 For those in the natural gas vehicle business, a new challenge took hold on January 1, 2014 – a federal tax credit expired, which has been adding 50 cents on each gasoline gallon equivalent (GGE) of natural gas sold at a lot of fueling stations. That’s been a 30% cost increase at some fuel stations, and it’s a cause for concern for compressed natural gas (CNG) vehicle owners and for those providing the vehicles and infrastructure. Prices are varying in the US – around $1.65 to $2.50 per gallon equivalent around the country (according to CNGPrices.com on January 20). Gasoline prices were about $3.28 and diesel is around $3.85 nationwide according to AAA. Taking an estimated average of $2.10 for natural gas GGE in the US, that makes it about 64% the cost of gasoline and 54% the cost of diesel. Not long ago, natural gas was costing well under half the price of gasoline and only about one third the cost of diesel.

It is being felt in Oklahoma, which has more CNG fueling stations per capita than any other state. It apparently hasn’t caused uproar yet, since Oklahoma has been seeing cheaper price per gallon – still under $2.00 per gallon equivalent in parts of the state, but it is being noticed. Operators of fueling stations have some decisions to make in that market and around the country about how the pricing will go. Natural gas producers had been passing the credit on to consumers. Time will tell who will be paying that increase, but based on scanning the news and talking to someone in the business, natural gas prices are starting to rise for consumers now that the credit has gone away.

For example, natural gas producer Apache has passed on a 50 cent increase to its 19 fueling stations in Texas, Louisiana, Oklahoma, and New Mexico. Apache had seen an 88% increase in CNG sales at its stations in 2013 due to the low prices for natural gas.

All things considered, here a few points to follow:

• The tax credit might come back in Washington; it was part of the “fiscal cliff” fight over a year ago, and could return as a tax credit or another incentive from the federal government. NGV advocates like T. Boone Pickens have been knocking on doors in Washington and lobbying for it. NGVAmerica reported that Sen.  Max Baucus (D-MT) had drafted a bill to modify all energy taxes including the CNG fuel credit in a tax extender bill. His proposal, if adopted, would extend the fuel credit for three years (until 2016) and modifies them with a clean fuel credit based on BTU and emission factors. Senate Majority Leader Harry Reid (D-NV) has introduced a senate bill that includes an extension of related credits until 2014, and other elected officials have been supportive in the talks. It’s a wait-and-see situation, according to NGVAmerica.

• The benefits of going with natural gas are still there; the fuel is expected to remain very cost competitive for years to come in the US due to its abundant supply. The reduced emissions with CNG and LNG is very appealing to fleets directed by carbon and smog emissions targets.

• The vehicle offerings are getting better. There are a lot of EPA and CARB-certified commercial vehicles and pickup trucks out there. Consumers like the Honda Civic Natural Gas and Ford F-150 – it appears to be slowly growing in interest from consumers who might have bought a hybrid or clean diesel vehicle before. The price is higher for NGVs due to gasoline and diesel comparable vehicles – usually around $10,000 for a conversion (sometimes cheaper); so it takes about a year and a half to break even and loss of the tax incentive will add a few months to that calculation.

• The infrastructure has a long way to go, but it is getting better each year. Navigant Research predicts that 40% of the stations to that will be opened in the next two years will be in North America. Growth in the fueling station networks will help take away some of the hesitation.