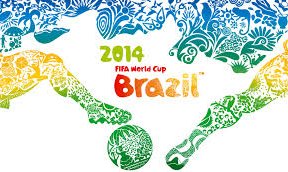 While working out of Automotive Digest’s home office in Manhattan Beach, Calif., I had to compete with the World Cup game for Chuck’s attention to get some business done last week. He loves the game, and that only happened very recently – which led to us having a conversation about the significance of soccer’s global popularity and what it could mean for the United States.

The 2014 FIFA World Cup Brazil has reached record numbers of TV viewers across the world; it has had breakthrough performance in the US and progress in Europe, Asia, and the rest of the Americas. “The United States’ 2-2 World Cup draw with Portugal is almost certainly the most-watched soccer match ever in the U.S., an emphatic confirmation of the sport’s rising popularity in a country slower to embrace it than the rest of the world,” according to CBS News.

It probably helps that the popularity of soccer has been increasing since about the 1970s – with much of that coming from more young people playing the game on high school teams and college soccer clubs; professional soccer hasn’t taken off in the US anywhere near the audience and revenue model being brought in by football, basketball, baseball, or hockey, but’s its likely to see growth in popularity in the near future.

Chuck Parker sees a strong relationship between the popularity of soccer and global social and economic trends. For anyone working today in clean transportation – and renewable energy and other cleantech industries – the World Cup points to an interesting social trend well worth paying attention to……