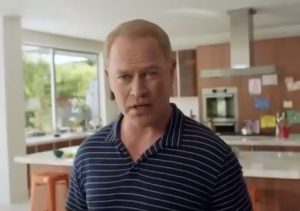 Rex Parker, professor of transportation design, at Istituto Europeo di Design (IED) in Sao Paulo, Brazil, called me last week and expressed distress and frustration with Cadillac’s “Poolside” ELR TV commercial prominently featured in the Winter Olympics (and in the photo to the left). Parker, a former designer with major automakers, had a lot to say about it being misunderstood overseas, fueling more tension and misunderstanding during a time when US TV commercials go global and viral through Youtube and social media. His comments speak to what I see as being the most significant trend shaping the near-term future of the auto industry – globalization. As I’ve covered and commented upon many times in Green Auto Market, automakers and suppliers are now truly multi-national conglomerates serving markets in North America, Europe, Asia, and Latin America. Chinese OEMs and suppliers are the most obvious example, as Fisker Automotive, Volvo, General Motors, BYD, Tesla Motors, and others would tell you. It’s not a good time to be bragging about the US being No. 1 in everything, nor is it accurate; and it rubs against ideals that a lot of people still have about this country – a land of equality in all things regardless of where you live.

The main issue Parker has with the Cadillac ad is that many people around the world won’t get the satirical, humorous angle – and will likely see it as an extreme symbol of stereotypical American arrogance and wealthy lifestyle perks. As you can see here, Parker doesn’t hold back on expressing his opinions on auto industry trends. Here are a few points he made on the phone last week……