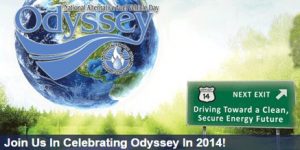 One thought on “This Week’s Top 10: Events you should be scheduling to attend, Mercedes-Benz will roll out a plug-in hybrid version of every model”