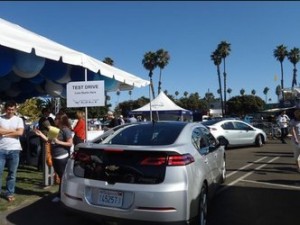 Now in its ninth year, AltCar Expo 2014 held in Santa Monica, Calif., on Friday and Saturday, was a must-attend for several stakeholders in clean transportation. Those of you who’ve receive this newsletter have previously read all about it. As for this year, here are a few highlights from my notes.…………