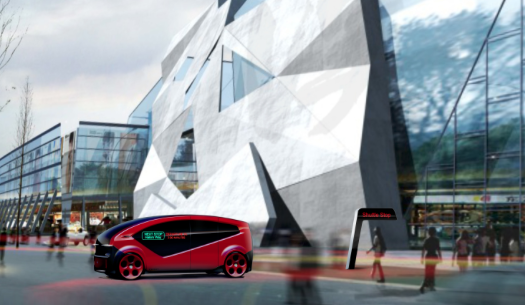 global markets through an alliance with Hakim Unique Group, a Chinese company. The Fisker Orbit will come through the two companies designing, developing, and integrating the Fisker autonomous, electric shuttle into the first project, a smart city implemented by Hakim Unique. Fisker will start delivering the first Orbit shuttles by the end of 2018. It’s built around a shared vision in where public transportation will be going into smart cities of the future. That will come through infrastructure, design, and EV innovation, Fisker said.

NEVS 9-3 in production:  NEVS began production of the NEVS 9-3 electric vehicle at its Tianjin, China facility, on December 5. The company has annual production capacity of 50,000 EVs in the first phase and up to 220,000 in the second phase. NEVS will be developing three generations of EV powertrains in Tianjin and Trollhattan, Sweden; it was founded in 2012 and acquired the main assets of Saab Automobile after its bankruptcy. The second and third generations of the 9-3 are being developed with Chinese ride-sharing giant Didi Chuxing. The automaker is also working with the Global Energy Interconnection Corp. on a joint venture to provide service and infrastructure for EVs for ride-sharing services. NEVS also announced that it will launch mobility pilot programs in select European cities in 2020. 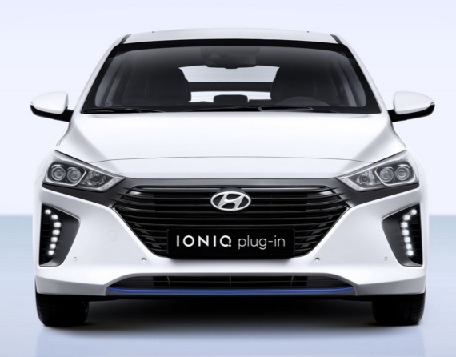 for the second year in a row in the 2018 Fuel Economy Guide with its 136 miles per gallon equivalent rating (MPGe). Published annually by the U.S. Department of Energy and Environmental Protection Agency, the guide is based on current model year vehicles. Some vehicles from last year, such as the BMW i3, didn’t make the list this year. Fuel economy information on some vehicles was not available in time to be printed in the guide. All electric vehicles are given an MPGe rating, and plug-in hybrids are ranked by their combined gasoline/electricity rating.

Drive the new Nissan Leaf:  Nissan will be showing the next-generation Leaf all-electric car during National Drive Electric Week, following right after the global reveal on September 5. In eight cities, you can sign up for the “Drive and Discover Experience” for a

test drive. Nissan is the official sponsor of the event for the third straight year. “The timing couldn’t be better. Bringing LEAF to some of the most enthusiastic EV advocates just days after its global debut is the perfect way to kick things off for this technology-packed car,” said Brian Maragno, director, Nissan EV Marketing and Sales Strategy.

Electric vans for postal delivery:  The StreetScooter WORK XL has started being manufactured for postal carriers in Germany at a plant in Aachen. It comes through a partnership between Deutsch Post DHL and Ford using the Ford Transit chassis to build electric delivery vans. About 150 pre-production WORK XL models will be build this year, and more than 2,500 of these production vehicles by the end of 2018. It will be equipped with battery pack options going from 30-90 kWh, offering 80-220 kilometers (50-124 miles) of range. It has 20 cubic maters of storage space, capable of hauling over 200 packages. Deutsch Post DHL is also building the StreetScooter WORK and WORK L vans.

Hyundai launches longer range EVs and FCV:  Hyundai will be launching long-range electric vehicles and a hydrogen fuel cell vehicle that can travel farther. The South Korean company has also upped its green car strategy under the Hyundai and Kia brands,

which has gone up to 31 eco-friendly vehicles coming out by 2020, up from the previous goal of 28. The company announced today that one of its new EVs will go 500 kilometers (311 miles) per charge when it comes out after 2021. A small electric SUV will have a driving range of 390 km (about 242 miles) will come out during the first half of next year. The company also announced that it will be launching a hydrogen fuel cell vehicle that can travel more than 580 kilometers (360 miles) after being fueled. The second-generation fuel cell SUV will be coming out early next year. Hyundai said it be going 40% farther than its first-generation fuel cell vehicle, the Tucson ix FCEV. So far, the green car campaign has been led by the Ioniq hybrid, all-electric, and upcoming plug-in hybrid version.

BMW i-Series booming:  BMW reported a surge in global sales for its i and iPerformance electric series in May and throughout 2017. In its monthly corporate report, the German automaker said that the

i-Series was up 73.4% in May at 7,336 units sold. Year-to-date deliveries of electrified models through the end of May reached 33,221, up 80.6%. The BMW 530e iPerformance has been available since March. Starting this summer, the 530e will be manufactured at Magna Steyr’s plant in Graz, Austria. That’s where Jaguar’s I-Pace electric SUV will be built starting early next year. The company also announced that the MINI Cooper SE Countryman ALL4 plug-in hybrid will expand the product line-up of electrified vehicles beginning in late June.

Study on automated vehicles:  Navigant Research expects highly automated Level 3 and 4 systems to be here very soon – starting in 2020. They’ve being tested extensively, including in public pilot programs, and governments globally are starting to approve legislation to allow commercial deployment on public roads. Highly automated light duty vehicles (LDVs) will begin introduction to the market in 2020, with steady growth anticipated beginning in 2025 to ward Level 5 fully autonomous vehicles. It will be a slow and steady process, according to the report. The start of the growth period is expected to lag by between 3 and 5 years and vary by vehicle type. Like other research firms, previous Navigant reports do anticipate integration of autonomous vehicles to electrification and ridesharing mobility.

Hyundai Ioniq wins green design award:  The 2017 Hyundai Ioniq is one of the winners of the 2017 Green Good Design Award from the Chicago Athenaeum: Museum of Architecture and Design and the European Centre for Architecture Art Design and Urban Studies. These awards celebrate

important examples of sustainable designs and provide awareness on what companies are designing and producing to make the most positive impact on the environment. Ioniq is the first vehicle in the world to offer three distinct electrified powertrains on a single, dedicated vehicle platform – the Ioniq Hybrid, Plug-in Hybrid, and Electric models. “Hyundai is committed to progressing the future of eco-friendly driving and the Ioniq is just the beginning,” said Chris Chapman, chief designer, Hyundai Design Center. “The future-focused character of the Ioniq along with its innovative use of recycled and ecologically-sensitive materials has made Ioniq the most fuel-efficient vehicle and a leader in the environmentally-friendly vehicle space.”