vehicles (all-electric and fuel cell vehicles). By 2025, the automaker will have every Toyota and Lexus model available as a dedicated electrified vehicle or it will have an electrified option available. Electrified options include all-electric, plug-in hybrid, fuel cell, or hybrid. During the 2020s, the PHEV lineup will be expanded and more than 10 battery electric vehicle models will be available worldwide by the early 2020s; and passenger and commercial FCEVs will be expanded during that time period. Hybrids will receive further development of the Toyota Hybrid System II. It all ties into the Toyota Environmental Challenge 2025 addressing global warming, air pollution, and limited natural resources and energy supply.

Karma names new CEO:  Karma Automotive has named a Chinese auto executive as its new CEO, replacing Thomas Corcoran. Liang Zhou had served as CEO at Beijing Foton Daimler Automotive Co., Ltd., a joint venture between Daimler and Chinese truck manufacturer Foton. He had previously served as general manager at Naveco, a joint venture of Iveco of Fiat and Nanjing Auto. Corcoran had taken the lead at the luxury electric carmaker since Wanxiang Group had purchased the company in bankruptcy court. There’s no word yet on why he’s left the company. The Irvine, Calif.-based company launched the $130,000 Karma Revero plug-in hybrid last year that’s being build nearby at its Moreno Valley facility. 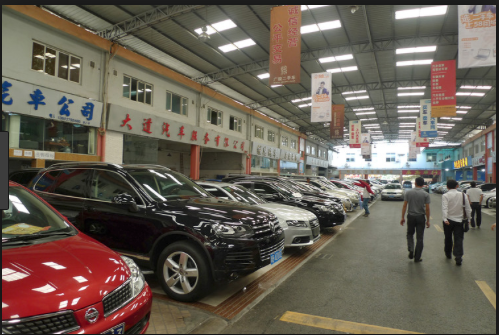 Energy Finance has projected that total annual global sales will exceed 1 million units for the first time in 2017. About 287,000 units were sold in the third quarter, up 63% over Q3 2016. China has seen about half of these sales as the government continues to incentive new energy vehicles and automakers roll out more offerings.

China continues to make up the lion’s share of the global market and was more than twice the size of No. 2 market U.S. in sales last year, according to International Energy Agency (IEA) data. Norway, with strong incentives and high interest in environmental concerns from the government and the public, had by the best PEV sales in Europe last year. China saw about 336,000 PEV units, the U.S. 159,616, and Norway 50,180 last year.