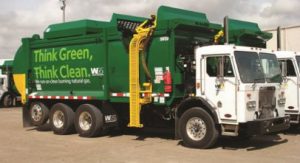 Advanced, alternative fuel vehicles face the challenges of any new technology – overcoming ignorance and resistance to change. The past four years have witnessed positive, impressive numbers in US sales of electric vehicles (EVs) and breakthroughs in new vehicles and fueling infrastructure for natural gas, propane, and hydrogen. It is going to take a while to see sales increase substantially, and charging and alternative fueling stations to become commonplace.

All that being said, there are green vehicles seeing sales growth; and solid steps are being taken in government and corporate policies embracing alternative fuels and clean transportation. Fleet managers are bringing in more alternative fuel vehicles and doing the numbers on lifecycle cost comparisons; consumers are looking into deals on EVs, or trying out their first diesel, hybrid, or natural gas vehicles (NGVs). Corporate sustainability programs are including clean transportation targets more often lately. They seem to value clean transportation meeting a few of their goals – reducing emissions and petroleum consumption, offering more energy independence, and contributing to domestic economic gains. They do see it as a pragmatic alternative.

What seems to be working? Pragmatic messages seem to be clicking with shoppers and buyers: