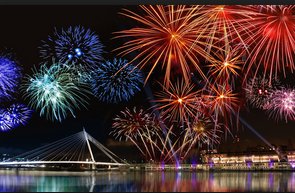 Green Auto Market hopes you’re having a great holiday season away from the office. Before the new year begins, here are 10 leading events from this year (and a few “almost made it” at the end of the list) that will have rippling effects on 2015………

Here are some other significant news stories for 2014: Tesla Motors choosing Nevada to set up its “Gigafactory;” California institutionalized its position as leader in the electric vehicle market; the debate over whether hydrogen fuel cell vehicles could make or if electric vehicles should be the only alternative technology supported by OEMs (and why Toyota was choosing hydrogen); NAFA Fleet Management Association and CALSTART moved the Sustainable Fleet Standard Program forward; and the launch of LeSage Consulting in January 2014. The idea for that consulting firm started in February 2013 while talking to my Automotive Digest colleagues and interviewing fleet managers such as NAFA President Claude Masters, an experienced and passionate advocate of clean transportation. (Editor’s note: the decision to put out the press release on the launch of LeSage Consulting at the beginning of this year was going to be delayed several months – until my partner/significant other challenged me to keep my word. Thanks very much, Susan. Special thanks also goes out to Chuck Parker, Nancy Edwards, Ted Roberts, Janice Sutton, and other Automotive Digest colleagues; members of the monthly Stakeholder Editorial Advisory conference calls; and to Long Beach Clean Cities Coalition.)