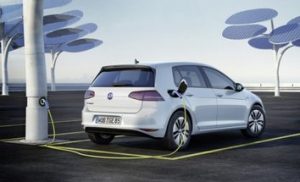 Not long ago, I wrote about a sticking point I’ve had for a long time – it’s not all about California electric vehicle sales for bringing zero emission vehicles to US roads. Well, I may have been wrong about some of it……. California does lead the way in collaborative projects between government, industry, and non-profits organizations. Here are a few clear examples………….

While I would still love to see other states embrace EVs, California is leading the way. That’s also true for natural gas vehicles, hybrids, and hydrogen fuel cell vehicles (which fall under the zero-emission vehicle category). I think there are three other reasons why California is leading the pack: plentiful funding programs through California Energy Commision and other state sources; university think tanks such as the UC Davis Plug-in Hybrid & Electric Vehicle Research Center with its excellent study on dealerships and EVs; and California Air Resources Board is up there with the US Environmental Protection Agency for certification standards governing OEMs in alternative fuel vehicles including natural gas and propane autogas.