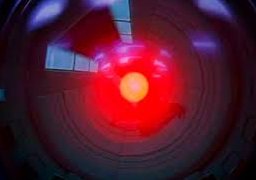 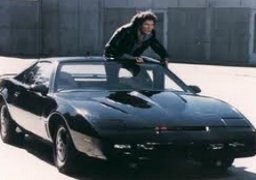 Driverless cars – also known as self-driving cars and autonomous vehicles – have recently become a heated topic in the US. In the wake of Google’s launch of a test project featuring its own self-driving pods, debate has gone viral on the internet. There’s fear of privacy being violated, hackers taking over control of the car, and loss of personal freedom behind the wheel. On the other side, there’s been much enthusiasm for the technology solving huge problems coming from car crashes and worsening traffic congestion and gridlock.

The polarized debate calls up two images – computerized artificial intelligence system HAL 9000 becoming an antagonist murderously attempting to take control of the spaceship in “2001: A Space Odyssey;” and there’s KITT, a black Pontiac Firebird Trans Am that safely transports do-good action hero Michael Knight in “Knight Rider.” A new white paper on the subject, “Hands off the Steering Wheel – The state of autonomous vehicle government policies, testing projects – and when these vehicles will likely make it to roads,” explores these polarizing issues and what to expect in coming years.

Since Google’s announcement in May of this year, there’s been a wave of debate and analysis over this ground-breaking technology and when it’s likely to show up in large numbers on our roads. Beyond Google, Nissan and other car and truck makers are making bold statements about it, and studies have been released this summer sharing perspectives from consumers and transportation and technology experts. Highlights of this white paper include details on states that have adopted autonomous vehicle testing programs and policies, along with where it stands in the US government and other nations; and the role Google has played in self-driving cars being tested in states, and the company potentially entering the automotive business with its own car. General Motors has played a key role in the history of autonomous vehicles dating back to its 1956 short movie, “Key to the Future.” Technology suppliers like Cisco and Continental are also playing an important role in developing these autonomous vehicle systems.

The white paper was written by Jon LeSage, editor and publisher of Green Auto Market, and media consultant at LeSage Consulting. The consulting practice creates content, marketing communications, and market intelligence in clean transportation, advanced and autonomous vehicles, and urban mobility. Green Auto Market delves into these issues on a weekly basis.

“Hands off the Steering Wheel” digs deep into the subject matter that readers are very passionate and opinionated about – and need to stay current and well informed on where it all stands. While the characters of HAL 9000 and KITT come from science fiction, the topic of self-driving, autonomous vehicles has lately been stirring more passionate comments on social media, blogs, and editorial think pieces than anything else seen for years in the automotive and transportation space. Click here to read more about the white paper.