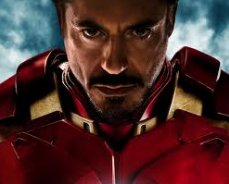 Want to grow your market capitalization five times in less than a year, up to $15 billion in market value? Well then, get a celebrity to head your company. Tesla Motors CEO Elon Musk has become an expert at grabbing regular-and-social media attention; whether that be through unveiling the Supercharger fast chargers for the Model S or teasing the public with his Hyperloop transportation concept that can make it from San Francisco to Los Angeles in 45 minutes.

“Iron Man” director Jon Favreau and Elon Musk himself say that Robert Downey Jr. did, in part, base his superhero character Tony Stark on the CEO of Tesla Motors and SpaceX, and a co-founder of PayPal. This character is a true entrepreneur – a big risk taker with a big ego who will bet everything to change the world, according to Rocketboom. Musk heads SpaceX, the first civilian space travel company to link up with the international space station, which took place in May 2012. He’d done very well in taking Tesla public and seeing the stock price skyrocket soon after its first quarter earnings were announced.

Tesla’s market cap recently made it equal to Italy’s Fiat and France’s PSA Peugot Citroen combined, says The Detroit Bureau, and it was added to the Nasdaq 100 stock index. That can certainly change day to day in stock trading; more recently, Tesla stock tumbled 14% after an ominous report from Goldman warning that its stock was overvalued. Tesla’s stock prices had been surging since its first quarter earnings report – and that was the first quarterly profit for the company.

General Motors CEO Dan Akerson has his eye on how well Tesla Motors performs; he thinks it has the potential to be a disruptive force to the automotive industry and he doesn’t want to be caught off guard. Akerson assigned a small team to study Tesla and how it might threaten GM’s business.

A few reasons I think Tesla Motors is seeing Model S sales grow, and that stock prices could stay above $100 a share…

Stay tuned for more info on fast-as-the-speed-of-light Hyperloop. “Will publish Hyperloop alpha design by Aug 12,” Musk posted on his Twitter page. Musk first mentioned the Hyperloop a year ago at a PandoDaily event in Santa Monica, Calif. – what he called a “fifth mode of transportation” and what he thinks is a cross between a Concorde, a railgun, and an air hockey table. He estimated it would cost about $6 billion to build a San Francisco-to-Los Angeles Hyperloop; that’s only about a tenth the cost of a plan that’s been floating around the state for years for a proposed high speed rail between the two cities. There’s a partnership that he may be developing a working relationship with – a company that could potentially build the Hyperloop to go 4,000 miles per hour. Pretty exciting stuff.