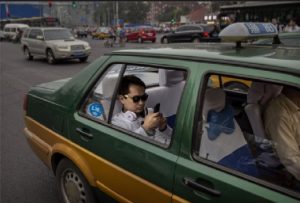 It’s been a big year for breaking news on the clean mobility front, with General Motors investing a half billion in Lyft and Apple announcing last week that it’s investing $1 billion in Didi Chuxing Technology. Apple appears to be just as serious about investing in mobility services as is Silicon Valley neighbor Google and its self-driving car project.

Here’s my thoughts on what’s behind all of it: