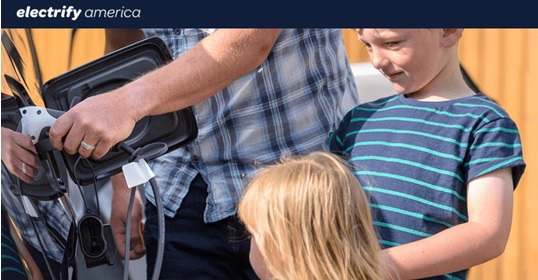 Volkswagen’s settlement of the its “dirty diesel” scandal took a step forward last week with formation of the Electrify America LLC subsidiary. The new business unit, led by longtime executive Mark McNabb, will carry out $2 billion in investments in zero emission vehicles, infrastructure, and public outreach over the next decade. As part of the settlement, VW has been directed to make its outreach and education programs “brand neutral,” and not become VW electric vehicle marketing campaigns; and, its charging stations are to be accessible to all plug-in electrified vehicles.

The $2 billion settlement presents a big opportunity for stakeholders in the field to find funding and support for their own contributions of PEVs, fuel cell vehicles, alternative fuel vehicles, charging and fueling infrastructure, and public education and outreach. It’s all part of the automaker’s settlement last fall on excess diesel emissions from nearly 600,000 U.S. vehicles; it requires that $800 million be spent in California and $1.2 billion be invested throughout the rest of the U.S. VW has already agreed to spend up to $25 billion in the U.S. on diesel emissions cheating settlements to address claims from owners, regulators, U.S. states, and dealers; and has offered to buy back about 500,000 polluting vehicles. The German automaker has other settlements to reach in Europe and Asia.

It’s important to follow, as many leaders in the field have indicated, and here are the latest developments…………