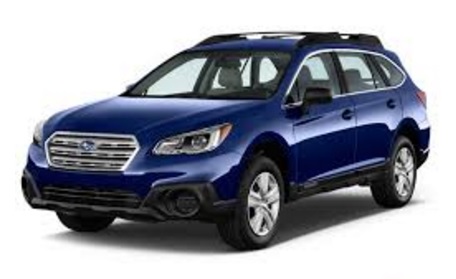 Subaru Corp. is taking electric cars more seriously than ever, as most automakers add these vehicles to their plans. The company is looking into adding electric drives to current models over designing an all-new electric car, said Chief Executive Officer Yasuyuki Yoshinaga, in an interview on Friday.

Subaru wants to stay with its reputation for making safe, well-rated vehicles, which would eliminate the need for partnering with another automaker, Yoshinaga said. The company will explore selection of suppliers for the battery and motor. A decision on it will have to be made in about a year, he said.

There had been a Subaru Crosstrek hybrid, but it was discontinued in 2017.

Subaru has been able to hit emissions targets through California’s partial zero emissions vehicle (PZEV) standards created in 1998 as part of the state’s vehicle emissions laws, which then were stricter than federal rules. It’s typical to see Subaru models with the PZEV badge all over the country. PZEV standards could be met by add-ons such as anti-permeation fuel system liners, carbon air intake traps, and close-coupled catalytic converters.

Government policies and subsidies are having their impact globally.

“If there’s already an attractive Subaru model, for example the XV crossover, and if a customer in Beijing wants one but is only allowed to buy an electric vehicle, if there’s no electric version then he can’t buy it,” he said. “Providing the choice of an EV means the customer can still desire the same Subaru.”

The company is spending more on electrification research and development than other technologies like connected, automated cars. Subaru is budgeting 134 billion yen ($1.2 billion) on R&D in the year through March 2018, more than double what it spent in the year ended March 2014.

It’s much less than other Japanese automaker like Toyota and Honda. Toyota, which owns a 16.9% stake in Subaru, plans to spend 1.05 trillion yen ($9.4 billion) on R&D in the current fiscal year and Honda plans to invest 750 billion yen ($6.7 billion).

Subaru will continue spending on automated technology by investing more in the EyeSight driver-assist system. The CEO said that they’ll be limiting price increases on the technology, allowing them to offer the same safety suite across all models.

EyeSight uses cameras that can detect objects such as vehicles, pedestrians, cyclists and motorcyclists, according to the company. It will be updated this year, with plans to add the ability to autonomously follow a car on congested highways. Fully autonomous highway driving is expected to be added in 2020, including the capability to change lanes.