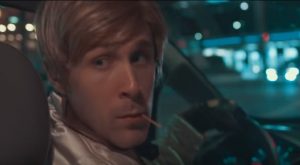 Have you ever taken an Uber ride to the airport, work, concert, or out on a date? Not only have I taken a few Uber rides, I’ve put in quite a few hours and miles on the road as an Uber driver. I’ve also written a non-fiction book about it that was published Friday on Kindle, Tales of UberMan: An auto journalist shares his Prius with savvy riders.

As some of you reading this newsletter may remember from five years ago, I wrote a feature about another driving gig I was doing for side income. I’d been a chauffeur on weekends for a company called Econation, taking people to LAX in a Toyota Prius or a natural-gas powered Town Car. In Tales of UberMan, I bring a broad perspective on the battle between the taxi and limo industry versus Uber and other ridesharing companies. Uber is taking business away from traditional vehicle-for-hire services – and bringing confrontation and debate to court rooms, city councils, airports, and state governments. Uber is becoming a bad word for taxi drivers and other businesses losing ridership. It’s also raising the flag on whether Uber should be doing more extensive background checks to avoid catastrophes like the Uber driver, in February 2016, killing six people in Kalamazoo, Mich., in between Uber rides.

The word “Uber” is becoming pervasive and omnipresent all over the media and internet – similar to “Elon Musk” and “Tesla” in cleantech and automotive. Riders might say they’re going to be “Ubering” across town to hang out with friends on a Saturday night. This month, a parody trailer has been streaming on the internet suggesting that a sequel to the 2011 film, “Drive” starring Ryan Gosling had been released. In the humorous video, a look-alike comedian portrays Gosling driving for Uber in the sequel, “Drive 2: The Uber Years.”  He has to deal with working for less than minimum wage and cleaning up after vomiting passengers. (The photo used in this article comes from the trailer on YouTube.) My experience has been making a bit more than minimum wage, and having a near-miss with a drunk passenger nearly vomiting in my Prius. Uber is becoming so pervasive as to inspire this parody video – and to be commonly mentioned by stand-up comedians, on TV shows, and in conversations people are having with friends and colleagues.

Automakers predict that within the next 10-to-20 years, the auto industry will look completely different as OEMs become mobility service providers. General Motors has made some big moves in the direction this year, and has nudged competitors in that direction. In January 2016, GM announced a $500 million investment in Lyft and acquisition of the technology and most of the assets of Sidecar Technologies Inc. Sidecar had been the third largest ridesharing firm after Uber and Lyft. Before the end of that month, GM announced the launch of Maven, a “personal mobility” brand. Within months, other automakers moved forward to break into the mobility marketplace. In late May 2016, Toyota and Uber announced a funding program for drivers. The Japanese automaker began offering new leasing options in which car purchasers could lease their vehicles from Toyota Financial Services and cover their payments through earnings generated as Uber drivers. At that same time, German carmaker Volkswagen announced a $300-million investment in Uber rival Gett, a service that is available in 60 cities and connects passengers with taxis and black town cars. In another move, BMW AG said its BMW iVentures venture capital arm had invested in California-based Scoop Technologies, which offers a smartphone-powered carpooling service called Scoop.

Automakers typically announce new investments in the future of mobility, eventually integrating autonomous vehicles into their new vehicle lineups. GM and Lyft will be testing out autonomous vehicles soon utilizing the all-electric Chevy Bolt. Tech giants Apple and Google are investing in these new technologies as well. I typically see a strong correlation between autonomous, electrified vehicles and mobility services like ridesharing, carpooling, and carsharing shaping the future of transportation.

In my new book, I wrote about being 52 years old and typically driving Millennials (18 to 35) around L.A. and Orange counties. Uber is cool for Millennials, who enjoy paying only about half as much for an Uber ride as they would for a cab ride; they also like that they can do everything on their smart phone and have the driver show up within five minutes once the trip is started. This book explores the revolutionary impact that Uber (and other ridesharing companies such as Lyft) will likely have on transportation in the future – where young consumers are putting off getting their drivers licenses and buying a car and would prefer to take Uber, ride their bike, take bus or rail, or to try out Airbnb, Zipcar, and other mobile services in the “sharing economy.” As cities become more popular to live in, and increasingly more crowded and congested with traffic, Uber is rapidly growing in ridership and its ubiquitous brand name. Many Uber riders and drivers are proud to be part of it, and think it’s critical for reducing traffic congestion and air pollution.

The title of the book came from the “UberMan” nickname that my girlfriend, Susan, started calling me last year after me sharing yet another colorful story from an Uber ride; and that I should write a book about it. A few days later while telling a passenger about it during a ride from an airport, the title Tales of UberMan was suggested. I started driving for Uber in early May 2015, and since then have put in a few hours also driving for Lyft and on-demand food delivery company, Postmates.

Here are some of the chapters in the book:

The book was written from my own experience, and perspectives gained through interviews with Uber drivers and passengers. It’s challenging to be an Uber driver and use your own car as it builds up wear and tear, and the driver pays for everything. Drivers, also known as Uber Partners, need to put in several hours each week for the payback to show up – at least 15 hours and usually much more. Than can mean working late into the evening and early morning hours on weekends, as passengers leave bars and parties and don’t want to get a DUI. There’s always the threat of having to pay for traffic citations, increased insurance, parking, toll roads, and damage to their car. Uber prides itself on a partnership with Mothers Against Drunk Driving (MADD) to take a few drinkers out of driver’s seats – and for alleviating some of the traffic congestion and air pollution in fast-growing cities around the world. Through UberPool, the company strives to make ridesharing a common experience.

Uber drivers tend to take pride in bringing cost effective, convenient transportation to riders – and for having flexibility and decision making in their work. They decide when they’re ready to go online and start driving, and when it’s time to turn it off and go home.

Tales of UberMan offers a mix of colorful stories on what happened during trips, blended with a look at the global issues behind Uber becoming the buzzword for ridesharing services. One of the book’s chapters contemplates whether Uber and one of its major investors, Google, will partner on creating a fleet of self-driving cars in the near future. It seems like every day, there’s media coverage of a controversy, victory, or business deal with Uber at the very center of it.