Feature: Mobility goes to stock market
Stock traders and institutional investors are carefully watching the Uber IPO and Lyft stock activity since its recent launch. While the two companies are credited with upending the ride- 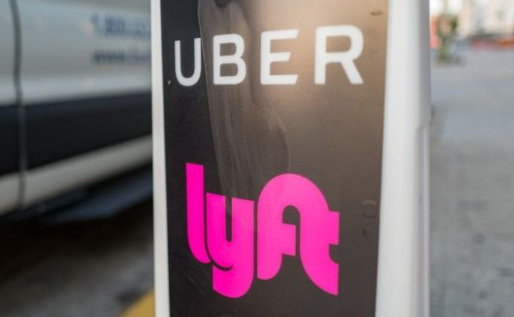 hailing industry, the big question will be: Should you buy the stock?

Uber’s initial public offering on Thursday reported that the company lost $1.8 billion last year, excluding certain transactions, on revenue of $11.3 billion. The prospectus also revealed that revenue growth has been slowing down.

Will Uber reach its hoped-for market valuation of $100 billion? Arch-competitor Lyft was valued at $24 billion last month as its IPO came together. Uber is much larger in transactions and revenue size, but it likely won’t reach that level of value. Silicon Valley neighbors Amazon, Apple, and Alphabet are hoping to hit $1 trillion sometimes soon, but that’s come after quite a few years of profitable growth and billions of customers; and having multiple lines of products and services, far beyond anything Uber and Lyft are likely to get into.

Tesla is valued around $46 billion now and General Motors is at about $56 billion. The love affair with Tesla has waned as stockholders want to see mass production Model 3s hit their scheduled target and profits increase during a time that the electric carmaker has seen several high-level management turnovers. Still, many shareholders continue to back Tesla as it prepares to launch the Model Y and autonomous functionality.

CEO Elon Musk may be in more hot water on the regulatory side with a Twitter comment made yesterday on the company producing 500,000 vehicles over the next year. Musk posted a similar tweet almost two months ago, where he said the company would build half a million units in 2019. That led the U.S. Securities and Exchange Commission to argue Musk was in contempt of a settlement they’d reached last year. In an earlier interview, Warren Buffett, CEO of Berkshire Hathaway (which has an astronomically high stock price of $314,250 per share today and a market cap at $515.25 billion), encouraged Musk to be more careful about what he writes on Twitter.

Lyft started last week at $74.45 per share, much better than its March 28 IPO price of $72. The week ended on a sour note by closing Friday at $59.90, its lowest price ever. That meant about $3 billion in dropped market capitalization to $17.1 billion.

There’s still a lot of talk about room-sharing giant Airbnb going public this year, along with Chinese ride-hailing firm Didi Chuxing. Companies looking for global growth must have capital in high volume to pay for the technology, personnel, independent contractors, marketing, and systems development required to reach that level. Stock market trading can be a necessity when angel investors and venture capital firms can’t provide the cashflow needed to hit that profitable growth mark.

Launching an IPO, keeping stock value consistent, and providing detailed, honest financial reports are a tough call for these mobile app service providers. Uber and Lyft do benefit from strong brand identity and growing market reach. It’s rare to meet someone these days who’s never used their services; and customers do enjoy the cost, convenience, quickness, and avoiding the stress of traffic and finding parking.

Feature: Are electric scooters going to make it?
Renting a small electric scooter from startups Lime and Bird is becoming pervasive in cities across the country. For $1, and about 29 cents per minute, you can easily get from Point A to Point B and avoid the hassles of finding parking, waiting for the bus, paying for an Uber or Lyft ride, etc. But how viable are these and other scooter companies going to be in the next few years?

It’s a hard industry to make money in with the cost of charging, the lifetime of the battery, repair costs, the depreciation of the bikes, and the impact of vandalism and theft. Bird and Skip have spoken more publicly about the rough reality of thriving in the sector.

Ofo, a China-based bikesharing platform has entered bankruptcy, according to report. Ofo later denied reports of impending bankruptcy and maintained that the company is doing just fine. News came out in March that Meituan Dianping, which owns Ofo-rival Mobike, will scale back its operations following losses.

Then there’s the question of safety. Only three e-scooter deaths had yet been reported as of late January, which is likely to increase as ridership grows in leaps and bounds.

A recent study by UCLA published in medical journal JAMA Network Open found that only 4.4% of e-scooter accidents in the Los Angeles area included riders wearing helmets. With an estimated 65,000 e-scooters on American streets and concerns over their safety has led to talks of banning the bikes unless safety guidelines are implemented.

News Briefs:
ACT Expo is coming up next week (April 23-26), and the full speaker roster has been released for the ninth annual show taking place at the Long Beach Convention Center in Southern California. Along with it, over a dozen co-located events have been announced, held in partnership with leading industry organizations and member-based associations across the commercial transportation space. Fleet Owner and ACT Expo are partnering on one of them, offering a new workshop for operations and maintenance professionals. Called “Workforce Development: Meeting the Vehicle Maintenance Challenge,” the day-long workshop on Tuesday, April 23 brings together a strong team of maintenance, operations, technology and training experts to take on some of the toughest issues facing maintenance providers.

GM backing away from Rivian:  Talks between General Motors and electric truck startup Rivian Automotive about the automaker taking an equity stake may be dead, people familiar with the matter said. Amazon.com Inc. has been supporting the startup EV maker that led to a $700 million equity fund raised in February. Plymouth, Mass.-based Rivian plans to bring all-electric trucks and SUVs to market. GM will likely be continuing to develop its own electric pickup, which is still in the early phase of development.

Audi campaign:  “Electric has gone Audi,” according to new billboard ads. Audi’s new marketing campaign is attempting to debunk perceptions about electric vehicles that have kept them from breaking into high-volume sales, including fears about range, charging infrastructure, and performance. For now, Audi is telling the story about its new e-tron electric SUV, which is the first of three all-electric vehicles that the Volkswagen division will be launching over three years. The first TV spot, called “Not For You,” starts by showing a man in his bathrobe gazing at this neighbor’s e-tron. He’s transported into a number of scenarios attempting to debunk the myths about range anxiety and other misconceptions.

SoftBank might be the most significant company of all of them to watch for those interested in smart mobility. The Japanese multinational holding conglomerate owns the sixth-largest phone company in the world and many other divisions. Softbank is betting about $60 billion in more than 40 companies in ride-hailing, car-sharing, delivery robots, and self-driving vehicles, according to chief Masayoshi Son. More than $13 billion of it will be going into the publicly trading Uber Technologies Inc.

Tesla has rolled out a leasing program for its Model 3 electric sedan for the first time while also making it harder to buy the $35,000 base version of the vehicle. The company said on Thursday that it would begin leasing the Model 3 “for a small down payment and competitive monthly payments.” But it won’t end the way the usual lease does. “Please note, customers who choose leasing over owning will not have the option to purchase their car at the end of the lease, because with full autonomy coming in the future via an over-the-air software update, we plan to use those vehicles in the Tesla ride-hailing network,” Tesla said in a blog post.

Hyundai generates power from hydrogen:  Hyundai Motor Company signed a memorandum of understanding (MOU) with South Korean local energy firms Korea East-West Power (EWP) and Deokyang to generate electricity from hydrogen. The pilot project will deliver a 1 megawatt (MW) hydrogen fuel cell power facility, with Hyundai Motor building the fuel cell system, EWP managing the facility and sale of electricity, and Deokyang supplying the hydrogen. The system will be powered by multiple power models from Hyundai’s Next fuel cell vehicle. The facility can generate an annual supply of 8,000 MWh, enough electricity to power approximately 2,200 households at 300 kWh per month, while emitting zero greenhouse gases or pollution since it is fueled by hydrogen.