Tesla readying for China plant:  Tesla, Inc., yesterday reaffirmed that it’s been in talks with the Chinese government to set up shop in a free trade zone in the Shanghai region – without 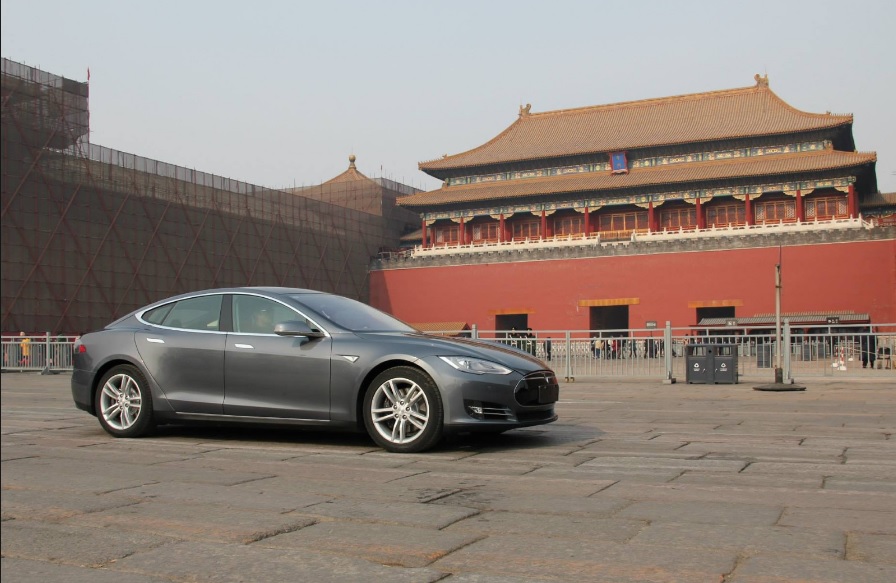 indicating whether an agreement has been met. Those talks were reported to have been underway earlier this year. Tesla would still have to pay the 25% import fee that it’s had all along in China, but the company would have costs reduced not having to ship the cars into that market. It would also allow Tesla to stay true to its identity of being an independent operator by avoiding the traditional joint venture with a Chinese automaker that Tesla’s competitors have been doing for years. China is becoming more flexible to grow its local EV market and remain No. 1 globally, to clean up air pollution in its growing cities, and to free up the nation from foreign oil imports. The electric carmaker has been moving in this direction in recent years, with CEO Elon Musk thinking that it’s the most significant market in the world for company growth. The company now has a 5% stake from Chinse internet company Tencent Holdings, which should support Tesla’s strategy in that market.

Ethanol beats Big Oil:  President Donald Trump is keeping his campaign promise to ethanol-producing states by backing off proposed biofuel reductions recently announced by the Environmental Protection Agency. In a letter dated Oct. 19, EPA administrator Scott Pruitt said that the agency will keep renewable fuel volume mandates at or above proposed levels, reversing a decision to cut the mandates demanded by oil companies and refineries. It’s a big win for corn-growing states like Iowa, Nebraska, and Illinois, which are economically dependent on demand for corn-based ethanol. Companies such as PBF Energy Inc. and Valero Energy Corp. have been pleading with Trump to revise the costly mandate, and it at first appeared he would be going in that direction.

UK alliance for EV growth:  Automakers are working together in the United Kingdom to better educate car shoppers on the benefits of owning and charging electric vehicles. The Electric Vehicle Experience Center in Milton Keynes, north of London, will feature a multi-brand EV showroom. Sales pitches aren’t allowed, as it will be a showcase for explaining the technology to visitors. Funding participants include BMW, Kia, Mitsubishi, Nissan, Renault, and Volkswagen, along with Chargemaster, a UK-based supplier of charging stations. Chargemaster CEO David Martell said the showroom will be carefully watched, and could be repeated elsewhere in the UK if it works.

LG partners with Qualcomm:  LG Electronics is entering the self-driving car market through an alliance with Qualcomm to jointly research and develop autonomous, connected car technology. The two companies have opened a joint research center in Seoul, with another one slated by open in that city by the end of 2018. The partners will be focusing on fifth-generation wireless communications technology – called 5G – that will deliver data much faster than the current technology. The move supports the three major trends in the auto industry – electrification, autonomous technology, and on-demand mobility services. It will also tie into Qualcomm’s efforts to bring wireless electric vehicle charging as a mainstay to vehicles of the future.

DOE funding extreme fast charging:  The U.S. Energy Department today announced that up to $15 million will be available for research projects on batteries and vehicle electrification technologies

to enable growth in fast charging. It includes electrification projects that will support the development and verification of electric drive systems and infrastructure for what it defines as “extreme fast charging” (400-kW). It’s being done through the DOE’s Vehicle Technologies Office (VTO), which funds early-stage, high-risk research to support improved vehicle efficiency, lowers costs, and increases use of secure, domestic energy sources. It’s part of a VTO-funded report that will be released today, where researchers at Idaho National Laboratory, Argonne National Laboratory, and the National Renewable Energy Laboratory identified technical gaps to bring an extreme fast charging network to the U.S. The full report can be found on the VTO reports and publications page.