market this year. During September, the market saw 59,000 plug-in vehicle sales, up 80% over September 2016. Year to date, China had 338,000 units sold, up 48% over the first nine months of 2016. Battery electric and plug-in hybrid vehicles made up 1.8% of new vehicle sales in the market, up from 1.5% a year ago. The top five sellers during September, in rank order, were the BAIC EC-Series, the Zhidou D2 EV, the BYD Song PHEV, BYD Qin PHEV, and Chery eQ. BYD took 19% of the “new energy vehicle” sales for the month, beating former leader BAIC, which had 15% of the share.

Model 3 seeing slower forecast:  Telsa, Inc., will be delivering 100,056 total vehicles in 2017, with 3,005 of them being Model 3s. It will be far from the original goal, which included ramping up to build 5,000 Model 3s per week in December. That forecast comes from investment firm Oppenheimer & Co., which also said that Model 3 manufacturing bottlenecks have been slowing down the original delivery forecast for the new electric car. The research note to Oppenheimer investors came from a New York dinner meeting with Tesla management. Executives reaffirmed that all the needed equipment for Model 3 production has been installed, and that the EVs are moving their way through the production line. Musk dispelled a recent report claiming that large portions of the Model 3 were being built by hand.

Amazon drone chargers:  Amazon has gained a patent that will allow the company to create a drone that can charge electric cars, including EVs that are still in driving mode and 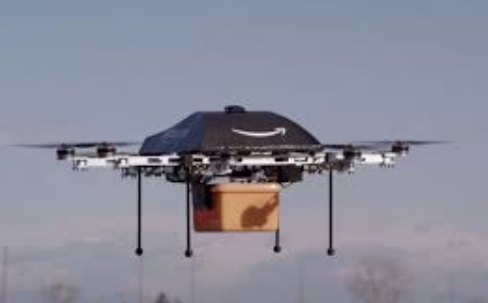 need more power to get to a charging station. The patent granted to the tech giant also includes a rooftop docking station that the drone can land on to stay connected with the EV and provide power while it continues the trip. It would mean working directly with automakers to be adaptable to the technology, or making aftermarket modifications. The product isn’t scheduled to be launched anytime soon, but it ties into Amazon’s overall strategy tied to drone delivery services. The company could see demand for the product, with sales of EVs increasing each year.