Working out production bottleneck for Model 3:  Tesla’s battery partner said that production problems are being worked out at the Gigafactory in Nevada, which will get the Tesla Model 3 up to 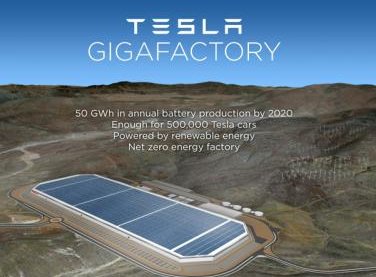 speed in the near future. Panasonic CEO Kazuhiro Tsuga said yesterday that delays to the automation of the battery pack production line meant some of it had to be completed manually. It will soon be automated, meaning the number of vehicles to be produced will rise sharply, he said. Tsugu declined to comment on how his company sees the production schedule will be carried out compared to the original projection. Automotive demand from Tesla and other auto industry customers helped the Japanese electronics company’s operating profit rise 6% during the July-September period. Panasonic supplies battery cells for Gigafactory production of Tesla’s battery packs. Earlier this month, Tesla had said that manufacturing bottlenecks had caused the slowdown for the Model 3 – down to 260 produced versus the original goal of 1,500 during the past quarter.

Mazda will offer rotary engine plug-in hybrid:  Mazda will be bringing out a plug-in hybrid powered by battery and a rotary engine in 2019. During the Tokyo Motor Show, the company confirmed that it will be launching an all-electric and extended range electric vehicle that year. Australian online publication Motoring reported that Mazda will be announcing a series of plug-in hybrids based on existing models around 2020. After that, then a battery electric vehicle will come out. It will be co-developed with Toyota and Denso in 2021 as part of its recently launched EV joint venture.

Plug-in sales doing well in Europe:  September was the second best month ever for plug-in electrified vehicle sales in Europe. At about 33,700 all-electric and plug-in hybrid vehicles sold, growth 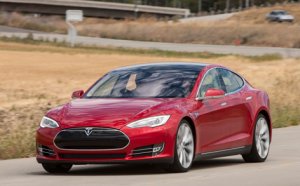 was up 32% year-over-year by the end of September. December 2015 had been its top selling month, with just over 33,800 units sold. Sales are expected to be strong in the fourth quarter, with historic data showing sales always improving over the last three months of the year in the region. Plug-in vehicles increased to 2.2% of overall new vehicle sales in Europe during September. Tesla saw its best month ever in Europe with the Model S coming in at #1 with an estimated 2,527 units sold. The next four on the list for top five selling PEVs in Europe during September were the Renault Zoe at 2,306 units sold, the Tesla Model X at 2,137, the Mitsubishi Outlander PHEV at 2,080, and the Volkswagen e-Golf at 2,041 units sold.