Waymo faces tough ruling by judge:  Alphabet’s Waymo is facing a serious challenge in making its court case that Uber is guilty of stealing intellectual property behind its innovative self-

driving car technology. The federal judge in San Francisco hearing the trial has excluded Waymo’s damages expert, Michael Wagner, from the case; and has restricted use of financial evidence at the trial, according to a docket entry. Waymo claims that it has received damages worth about $1.9 billion in losses. Uber has denied using intellectual property that had allegedly been stolen by former Waymo engineer Anthony Levandowski. Waymo responded to the judge’s decision with a statement that it could still pursue full damages using “the same documents” relied upon by Wagner.

Making hydrogen even cleaner:  Hydrogen fuel station company True Zero says that fuel cell vehicles in California have driven 17 million miles and have used 250,000 kilograms (250 metric tons) of clean hydrogen. That’s come from fuel supplied to 18 retail stations owned and operated by the company. There are now 31 stations open across California, supported by California Energy Commission grant funding. Two-thirds of True Zero’s hydrogen comes from fossil fuels, such as natural gas. One third comes from renewable sources such as biomass; the company says that it is working to increase the use of renewable hydrogen.

Tesla acquires automation company to speed production:  Tesla has acquired a company to further automation at its manufacturing facilities, opening the door to increase production of its closely 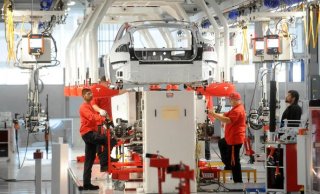 watched Model 3. Perbix, a maker of automated machines used for manufacturing, has been acquired by Tesla after nearly three years of working with the electric carmaker. Tesla has declined to disclose the cost of the acquisition and other details. Tesla will be expanding Perbix’ operations in the Minneapolis area, where the supplier is based. Tesla CEO Elon Musk has recently been making comments about the automation challenges holding up hitting the production timeline that had originally been set for the $35,000 Model 3. In other news, Jon Wagner, Tesla’s director of battery engineering, has left the company and is launching a battery and powertrain startup in California.