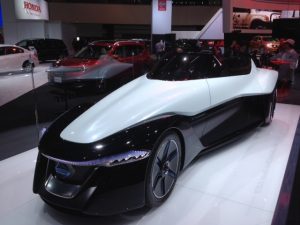 Here were some of the more interesting green vehicle developments: