This past year has seen something of a renaissance for hydrogen and fuel cell vehicles, with much of the interest being directed at hydrogen-powered commercial vehicles. 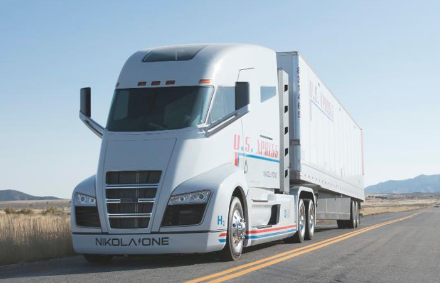 These vehicles qualify for zero emission vehicle mandates and have a few appealing performance qualities. They offer similar qualities as electric vehicles in performance and torque, but much longer range. Time needed for refueling is comparable to gasoline- and diesel-powered vehicles. The cost of producing hydrogen and manufacturing fuel cell vehicles continues to be high, though it has come down in recent years.

Japan, by far, has the largest fueling infrastructure in the world, with Germany following in second place. While in limited production numbers, Toyota and Honda have their fuel cell cars in several countries, followed by Hyundai and Daimler.

So let’s look at some of the numbers…….

Sources: US Dept. of Energy, Hydrogen Europe, and Reuters

Nikola has become the star of fuel cell vehicles, regularly making dramatic announcements. These include a breakthrough in battery technology that could double the range of electric vehicles without adding any weight; and a monthly lease payment that would require customers to agree to a million-mile lease at the cost of 95 cents mile, or $950,000 over a typical seven-year lease to remove some of the risk of buying a fuel cell truck. The hydrogen-powered truck maker also has plans in the works for setting up about 700 hydrogen fueling stations. Budweiser brewer Anheuser-Busch has started testing Nikola semi-tractor trucks in its fleet.

Along with making the top-selling fuel cell car in the work (the Mirai), Toyota is also committed to fuel cell trucks. The company has been testing a hydrogen fuel cell yard truck that moving shipping containers within the Port of Los Angeles. Toyota also entered a project with truck maker Kenworth to build 10 zero-emission Class 8 trucks. They’ll be supported by the California Air Resources Board’s Zero and Near-Zero Emissions Freight Facilities grant, and these trucks will be used at the harbor complex for the Ports of Los Angeles and Long Beach.

Hyundai plans to build a production capacity of 500,000 fuel cell systems for passenger and commercial vehicles by 2030 at a cost of about $6.4 billion. The automaker recently unveiled the concept of its planned HDC-6 Neptune hydrogen fuel cell truck. Hyundai sees opportunities in the US, but the Asian market would also be hot — with serious commitments given to fuel cell vehicles and hydrogen stations by the governments of South Korea, Japan, and China.

Hydrogen fuel cell buses are seeing more demand. They’ve been particularly well tested in California by transit agencies, and China is seeing a lot of them being deployed.

Ballard Power Systems, based in British Columbia, develops and produces fuel-cell products and solutions that are part of these fuel cell buses. The company is elated to see its shares soar after 40 years of struggles in the industry.

The company has seen a dramatic change over the past year, according to Randy MacEwen, CEO of Ballard. Some of that has been coming through customers In Europe, where operating a fuel cell-powered electric bus is now cost competitive with a traditional fuel version, he says. Use of the fuel cell technology is diversifying into ships, trains, and forklifts.

Hydrogen has been taking off in various applications in recent years. As for history, NASA began using liquid hydrogen in the 1950s as a rocket fuel, and the agency was one of the first to use hydrogen fuel cells to power the electrical systems on spacecraft.

Beyond transportation fuel, about 55 percent of the hydrogen produced around the world is used for ammonia synthesis (especially for fertilizers), 25 percent in refineries for intermediate oil products, and about 10 percent for methanol production that’s used in the manufacturing of several types of polymers.

Building an infrastructure for hydrogen and new developments of fuel cells is finally becoming profitable for companies like Ballard Powers and several others. Manufacturers are looking forward to seeing buyer interest increase. EVs provide much of the completion, but it’s unlikely it will ever take hydrogen out of the race.