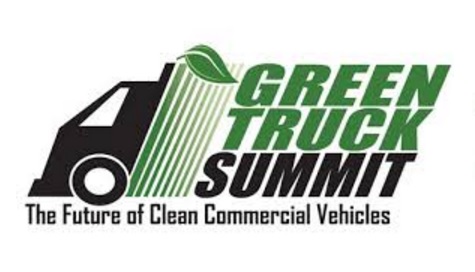 For those interested in staying current on phase two of federal fuel economy and greenhouse gas standards for trucks, and the latest in government incentive programs for clean vehicles and fueling infrastructures, two conferences are coming up that will address these and other significant issues. Green Truck Summit, coming up next month in Indianapolis, and ACT Expo, taking place in early May in Long Beach, Calif., provide great opportunities to stay informed and learn more about the latest in advanced clean technologies and fuels best suited to fleet operators and suppliers.

Fleets and transport companies operating medium-duty trucks, delivery trucks and vans, work trucks, heavy-duty trucks, and buses, should consider attending both annual conferences – and should take a look at the latest in alternative fuel vehicle offerings in these vehicle classes. It’s an excellent time to see the latest offerings in vehicles and fueling infrastructure in natural gas, renewable natural gas, propane autogas, renewable diesel, hybrid and electric vehicles, and biofuels.

Dr. Wilfried Achenbach, senior vice president of engineering and technology, Daimler Trucks North America, will give the 2017 Green Truck Summit keynote address. Other topics to be explored include: creating an efficient path to zero-emission commercial vehicles; renewable fuels analysis and vehicle life cycle impacts; government insights and outlook on future policies; and new products and technology applications for fuel use and emissions reduction. Attendees can also participate in the Work Truck Show’s ride and drive event.

Attendees at the year’s ACT Expo look forward to seeing the comprehensive vehicle, fueling, and technology exhibit displays and hearing speakers on a wide range of topics. One of the workshops will provide a forum to explore the North American Council on Freight Efficiency’s (NACFE) work encouraging the use of advanced technologies to improve fuel economy for Class-8 tractor trailers. Small group discussions will uncover the benefits and challenges of adopting various technologies, including 6×2 axles, idle reduction devices, electronic engine settings, and automated transmissions.

For those attending ACT Expo 2017, taking place May 1-4 in Long Beach, register by March 31 for the value registration. You can view the agenda here.

Here’s a look at alternative fuel vehicle news and announcements recently made on the eve of these two industry conferences………….

Christine Dzilvelis, one of the partners who organizes AltCar Expo in Santa Monica, Calif., has a different perspective on what constitutes a successful community event than what I wrote about recently. For example, on Friday afternoon, September 20, during AltCar Expo, a speaker panel on electric vehicle charging stations at multi-family housing units led to action being taken by stakeholders. The intensive three hour discussion led to a planned installation in Santa Monica; key players like Schneider Electric began working out the details.

Dzilvelis said the feedback the organizers are getting is appreciation from local residents and from stakeholders such as automakers on hosting a grass roots, hands-on annual event. People are overwhelmed by all of the new technologies, and AltCar Expo makes it easier for fleets, industry, and the public to experience the vehicles and have their questions answered. “AltCar Expo is not a business to make money,” she said.

What seems to be working best is strong local/regional events. Alternative Clean Transportation (ACT) Expo and Electric Vehicle Symposium (EVS) have been receiving kudos, but other national events like Green Fleet Conference & Expo and Plug-in 2013 are only getting small-to-medium attendance that are very supplier-intensive. ACT Expo is getting better feedback, but there’s still a lot of concern that it’s dominated by CNG vehicles. AltCar Expo, now in its eighth year, gets positive feedback for playing a role in pushing alternative fuel vehicles forward by bringing together leaders in government, fleets, automakers, and infrastructure, along with local residents who are very interested and supportive of having this event each year. This year, they especially loved seeing and driving the Chevrolet Spark EV, Dzilvelis said.

Dzilvelis is part of two other events with similar goals for public education and bringing stakeholders together. The first annual Northern California AltCar conference will be taking place March 14-15, 2014 at the Craneway Pavilion (a former Ford plant) in Richmond, Calif.; it’s sponsored by the Bay Area Air Quality Management District. On March 28-29, 2014, the fifth annual Texas AltCar conference will be held at the Irving Convention Center in Irving, Texas, and is being sponsored by Dallas Fort Worth Clean Cities. (Next year’s AltCar Expo will be taking place Sept. 19-20, 2014.) AltCar Expo organizers are being contacted regularly by stakeholders in cities across the country that want to get their own AltCar conference going. It does seem to be the most realistic event model for bringing the technology and experience to a lot more people.