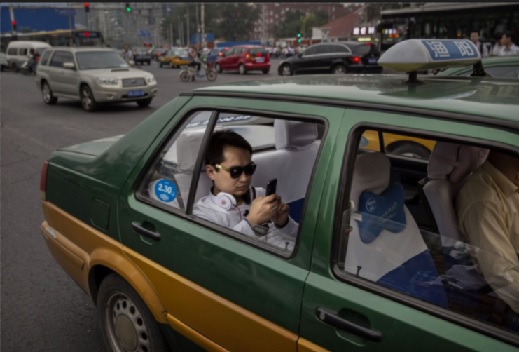 forward for mobility services, according to a new study by IHS Markit, Reinventing the Wheel: Mobility and Energy Future. Much of that will come from being by far the largest auto sales market in the world, with the consulting firm forecasting 28 million new vehicles to be sold there next year versus 17.1 million in the second largest global market, the U.S. Didi Chuxing is leading the way in that market for growth in app-based mobility services, as Uber and Lyft have done in the U.S. Electrified vehicles and development of autonomous vehicle technology will also play a part in China and other markets. China had more than 234,000 new energy vehicles (all-electric and plug-in hybrid electric vehicles) sold from January through September 2017, compared to over 140,000 unites in the U.S. market.

Robotaxis has become the buzzword among automakers and media on shared autonomous mobility services, and Nissan could be taking a leading role in the new and emerging segment. Nissan will launch a field test in Japan next year, expanding its autonomous vehicle program launched a few years ago and preparing for vehicle production by 2022. It will compete with what’s been started by Waymo this year, and by Lyft in Boston, and Renault in France. Nissan will be working with technology development company DeNA, and will operate the test project near the automaker’s headquarters in Yokohama.

Looking at real range in federal fuel economy report:  One of the more interesting parts of the federal report released last week, the 2018 Fuel Economy Guide, focuses on the range rating given by the Environmental Protection Agency. Here are the leaders in battery electric vehicles and plug-in hybrids, along with the three commercial market fuel cel vehicles:

Driving range has been a critical issue for these vehicles, especially BEVs. It’s been less of a concern in other countries where short trips and use of other transportation modes is common. Drivers in the U.S. are more dependent on vehicles with a driving range of 300 or more miles in between fuel station stops or charging sessions.