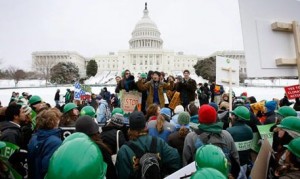 Clean transportation has a symbiotic relationship with environmental groups. There is a wide gap between the business side and the environmental activist side on certain issues, but the crossover in common interests does show up on a regular basis. That can show up as lobbying for government clean vehicle funding programs, public awareness and education campaigns, reducing vehicle emissions, and debating the oil industry. If you’ve attended Clean Cities meetings and alternative fuel vehicle events, you’ve probably met a few of these environmental activists – many of whom drive hybrids and electric vehicles. Some of them participate on speaker panels. They may also be serving in an executive role in cleantech businesses like solar power installers, or in management at a government agency overseeing environmental issues like air quality and waste management.

All that being said, Green Auto Market – Extended Edition is now featuring a six-point guide to getting the most out of these relationships to further the cause of clean transportation. For those interested in getting a subscription and reading this article, visit this site. Here are the six points covered in detail in this article…….