Amazon ramping up for delivery services:  Amazon.com is getting ready to take over deliveries that it had counted on UPS and FedEx to take care of. The company is trying out a new delivery service that will offer free two-day delivery and reduce 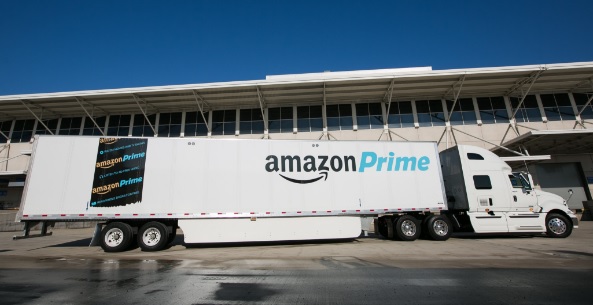 overcrowding at its warehouses, according to two people familiar with the plan. Testing the new service, called Seller Flex, began two years ago as a trial project in India. The company has been marketing the service to U.S. merchants to prepare for national expansion. It started out this year in west coast states with a broad rollout scheduled for 2018, according to the sources. It’s tied into heavy-duty and medium-duty delivery trucks that will service its Amazon Prime and Amazon Flex units. Amazon last year launched Seller Fulfilled Prime, which lets merchants in the Amazon network who don’t stow items in Amazon warehouses still have their products listed with the Prime badge. That gives these merchants the opportunity to tap into the two-day delivery service. Amazon is gaining control over these deliveries, though it may still use third-party couriers to carry out deliveries with their own fleet vehicles.

Fuel economy stays flat:  Brandon Schoettle and Michael Sivak, of the University of Michigan’s Transportation Research Institute, reported that average fuel economy (window-sticker value) of new vehicles sold in the U.S. in September was 25.3 mpg. That was unchanged from August and below the 25.5 mpg peak reached in August 2014. The value for September is up 5.2 mpg since October 2007, the first month of the monitoring. Emissions have improved. The University of Michigan Eco-Driving Index (EDI), which estimates the average monthly emissions of greenhouse gases generated by an individual U.S. driver, improved to 0.81 in July 2017; that’s down from 0.83 in June 2017. 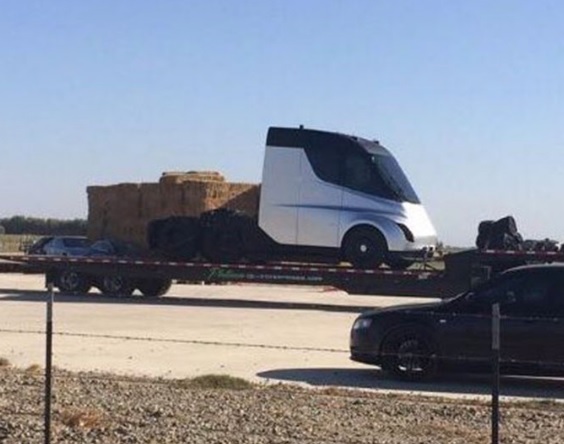 semi-tractor heavy-duty truck was spotted and posted this week on the Reddit social media site. It was posted then abruptly removed on Tuesday morning after showing what could be the Tesla truck on a delivery truck bed in the California desert. It does look similar to a design teaser released earlier this year by Tesla. The EV-maker declined to comment on it. Tesla plans to reveal the truck later this month – on Oct. 26. It’s scheduled to be operating on public roads by 2020.