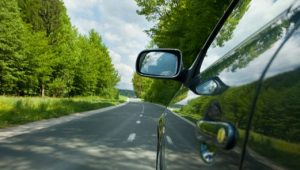 As a Toyota Prius owner living in Southern California, I’ve been invited a few times to share my opinions on the driving experience. I’ve participated in two onsite studies that have included walking around car displays and answering questions from different viewing angles; and sitting among other vehicle owners and responding to touch-screen survey questions. The research studies have been focused on owners of plug-in electric, hybrid, and fuel-efficient cars (like the Smart Fortwo). They appear to be funded by automakers looking for consumer feedback to refine their marketing campaigns.

In this year of declining plug-in and hybrid sales (and small cars losing share to pickups and SUVs), there’s been a lot of interest in exploring ways to reach consumers.  An Edmunds.com study earlier this year looked at how hybrid and electric vehicle owners have been trading in their cars for SUVs at a high rate this year as gasoline prices stay down. Beyond today’s fuel prices, there are other motivating purchase factors that automakers are taking seriously – as are companies in other industries such as solar power and consumer household products.

A special report released last week by research firm Shelton Group delved into what’s working in reaching consumers with an interest in green products – marketing buzzwords that are effective with consumers. It’s been interesting to view the study’s findings, and to have first-hand experience with how market research firms are structuring their studies for automaker clients.

One study that I participated in recently delved into future vehicle purchase considerations, and why we chose the vehicles we’re driving now. The study focused on small-to-midsize cars; and small-to-compact multipurpose, sport utility, and crossover vehicles. For clarification in the questionnaire, vehicles like the Honda Fit, Toyota Prius, Chevrolet Volt, Kia Soul, and Ford C-Max were used as examples in various vehicle categories. As for OEM brands, Chevrolet, Ford, Nissan, Toyota, and Volkswagen received most of the focus. Tesla Model S owners/lessors were included in the studies, but the studies do seem to be more focused on major OEMs competing with each other.

As for how owners chose these vehicles, and what we’re considering for the next one, key themes in the survey questions have been:

Shelton Group just completed its eighth annual Eco Pulse study of American consumers, and this year delved into a topic critical to communications strategy: the effectiveness of green jargon. Words and phrases included in there study were:

“Green,” “Eco-friendly,” and “Sustainable” were the strongest performers. “Green” goes back to the early days of environmental policies in the 1970s; “Eco-friendly,” started popping up in the late 1980s; and “Sustainable” has deep roots in the environmental movement, particularly with agriculture, but it’s become the leading terms in recent years – enough to make it to Ad Age’s “jargoniest jargon” list in 2010.

“Eco-friendly” did slightly better than “Green” in the study, though not significantly so. Both words performed well with Democrats and Republicans. “Sustainable” was slightly less impressive than the other two, but has been considered even more politically neutral than the other two. All three of them are considered to have a strong association with better health, though green hasn’t changed its reputation for being more expensive than other products.