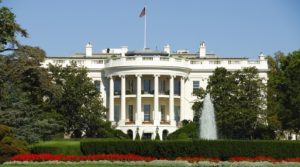 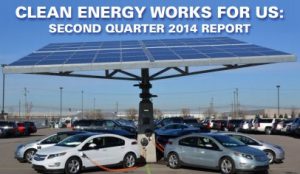 Solar power and electrified transportation were key drivers of US job growth in the second quarter of 2014, according to a report from Environmental Entrepreneurs (E2). Arizona topped the list of states with the largest number of announced jobs in clean energy. Solar Wind Energy Inc. expects to hire at least 350 permanent jobs for a new project in San Luis, AZ. California came in at No. 2 on the list, driven by Tesla Motors announcing 500 new jobs and the utility-scale solar industry making its share of announcements. Michigan placed third on the ranking, with General Motors Corp. expected to add as many as 1,400 jobs producing advanced battery technologies.

E2, a nonprofit, nonpartisan business group, reported that more than 12,500 clean energy and clean transportation jobs were announced in the second quarter  – more than double the number of jobs announced in the first quarter of this year. The remaining states in the top 10 for announced clean energy and clean transportation jobs in the second quarter were: Utah (4), Massachusetts (5), New York (6), Nevada (7), New Mexico (8), North Dakota (9), and North Carolina (10).

During a media conference call on Thursday, two factors were discussed driving economic growth in clean energy and transportation. One of these is more states adopting renewable portfolio standards, which are policies designed to increase generation of electricity from renewable resources. Another factor has been greater interest and support for clean energy in venture capital markets such as in Silicon Valley and San Francisco. Nancy Floyd, managing director of San Francisco-based venture capital firm Nth Power, and John Cheney, founder of San Francisco-based Silverado Power, both acknowledged that cleantech, clean transportation, and alternative fuels are gaining traction with investors; not long ago, mobile devices and social media had a lot more funding.

California’s AB 32, the Global Warming Solutions Act of 2006, is also helping drive corporate decisions.  Transportation fuels will be included in AB 32 beginning in January 2015, and E2 expects to see more job announcements in the clean vehicles sector. Economic gains from AB 32 are being seen in the state.

“I’ve had companies we invest in open offices or relocate their entire companies to California, specifically due to AB 32,” Floyd said. Cheney shares that perspective: “What AB 32 and other good policies do is create certainty that there will be demand for clean energy and clean cars in the future,” he said.

Washington, DC, has seen mixed signals for support on clean energy policies from Congress. However, there has been new confidence about future clean energy growth tied to the recently announced federal Clean Power Plan that’s designed to cut carbon pollution and increase clean energy and energy efficiency, according to E2. You can review the report and see how clean energy sectors break out by state at E2’s Clean Energy Works for Us site.