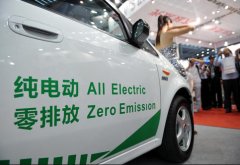 China must be a hot market to sell electric vehicles (EVS) in, with all the recent corporate announcements. The reality has been that sales have been soft, and the Chinese government continues to offer attractive incentives to get the “new energy” market rolling. It’s been enough for Tesla Motors to decide not just to sell its Model S in China, but to also build future models there. CEO Elon Musk thinks the company will have a production line up in three-to-four years. That goes along with its near-term future investment in a charging infrastructure, including superchargers going into Beijing and Shanghai. Daimler and BYD will start selling its joint venture DENZA electric car in September; it will be the first complete vehicle that Daimler has built with BYD outside of Germany. The five-seater EV will have 190 miles of range and pre-incentive pricing of $60,000. Volkswagen has an even bigger plan – to sell hundreds of thousands of EVs in the China market before the end of this decade – and will spend up to $27 billion in the next five years to do it. The ambitious campaign will start up this year with the launch of the VW electric Up! and e-Golf models in China.