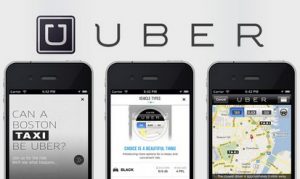 Taxi services, chauffeured transportation companies, and other players in ground transportation, are attempting to exorcise a demon: Uber. This San Francisco-based network company makes mobile applications that connect passengers with drivers of vehicles for hire and ridesharing services. Taxi drivers have protested recently in Los Angeles, London, and Milan, Italy; they’re furious that Uber drivers don’t have to pay the steep prices for taxi licenses that taxi drivers end up paying off over several years. Chauffeured transportation companies are upset that Uber is entering major metro markets without complying with long-standing regulations, which can allow for undercutting of prices while using substandard practices for passenger safety and customer service.

Ride-sharing mobile apps are becoming more popular through Uber, Lyft, and Sidecar. This is happening during a time when carsharing services provided by Zipcar, Car2Go, City CarShare, and DriveNow, are gaining traction and subscribers throughout the US and Europe. Ground transportation companies – taxis, limousines, livery, shuttles, and buses – would love to see these companies go away or have their market presence reduced. Uber represents a new business model that could steal business from traditional ground transportation options.

Using the mobile apps is taking off because it’s cheaper than taxi rides and you can do it all on your smartphone or tablet. It’s hot enough for Uber to recently have raised $1.2 billion in venture capital in a deal that valued the company at $18.2 billion.

Uber doesn’t own any cars and has no drivers as employees. It matches up a driver/car with a customer looking for a ride and takes a percentage of the trip fare. Uber says that its value comes from screening its drivers, its pricing/payment system where customers can choose their service level and vehicle (ranging from a car to an SUV), and convenience. Customers can track the car on their phone and get a good idea of when pickup will be taking place.

Taxi companies and other transportation providers would like to see governments address the issue of driver background checks and insurance coverage for their drivers. Not long ago, an Uber driver was arrested in Southern California on suspicion of kidnapping a woman and taking her to a Panorama City motel. Prosecutors ended up dropping the case, but Uber did ban the driver.

The North Carolina Limousine Association (NCLA) and several other chauffeured transportation associations, would like to see governments crack down on Uber and other ridesharing apps. Uber has showed up recently to compete for passenger transportation in the Raleigh/Durham area. NCLA members are concerned about “rogue apps” and drivers hurting their markets. Uber doesn’t have to comply with long-standing regulations, which can allow for undercutting of prices while using substandard practices for passenger safety, limousine operators say.

The solution would be regulatory agencies enforcing insurance coverage rules, says Mark Mazza of HUB International, a chauffeured transportation company. Several cities, including Seattle and Miami, have removed Uber and similar providers from their areas using this approach, Mazza said.