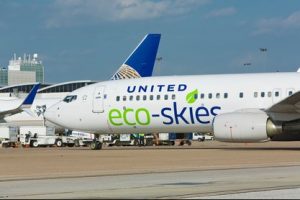 Times continue to be unstable – and very interesting – for biofuels as an alternative transportation fuel. Corn ethanol producers are not happy with what the US Environmental Protection Agency is recommending for the Renewable Fuel Standard (RFS) volume requirements, and battles continue over whether E15 (15% ethanol blended into gasoline) should be allowed – or even if any ethanol blends should be allowed to continue. Advanced biofuels have hopeful signs, including 36 U.S. senators petitioning to have its volume increased in RFS. Biodiesel, like other advanced biofuels, have gone through quite a lot of instability in the past year over investor support and market demand for the fuels. The Biofuels Digest Index, an index of publicly traded biofuels stocks, just dropped 2.13% to a 6-year low of 58.91 as advanced biofuels tumbled sharply.

With all being considered, aviation biofuel is raising hopes for more adoption of the alternative fuel in transportation sectors. Colorado-based Red Rock Biofuels has brought in another major client, this time FedEx Express, a subsidiary of FedEx Corp. That company will produce about three million gallons of renewable jet fuel per year from 2017 through 2014 for FedEx Express. The announcement comes less than a year after Red Rock made an agreement with Southwest Airlines. That airline will procure another three million gallons of woody biomass-based fuel annually.

Many people were inspired earlier this year by Solar Impulse successfully completing a five-day crossing of the Pacific from Japan to Hawaii. That was the first phase of its historic attempt to be the first solar-powered airplane to fly around the world. So far, biofuels is the alternative fuel that holds the most promise for commercial aviation.

Other major airlines – including United Airlines, British Airways, and Virgin Atlantic – are testing out their own biojet blends to hit financial and environmental targets. United Airlines recently announced buying a $30 million stake in Fulcrum Bioenergy, the biggest investment yet by a U.S. airline in alternative fuels. Fulcrum plans to build facilities that turn household trash into diesel and jet fuel.

Volume is growing fast enough for Red Rock Biofuels to open its first commercial plant, which is scheduled to break ground this fall in Lakeview, Ore. That plant is expected to produce 15 million gallons of fuel per year of woody biomass converted into renewable jet, diesel, and naphtha fuels.

Aviation executives are carefully watching a few trends in the market scalability of biofuel supply chains, regional variation in available feedstocks, and cost concerns. “We as an industry need to increase the supply, and we need to bring down the cost. It needs to be more affordable and available,” Jessica Kowal, Boeing’s head of environmental policy communications, told GreenBiz.