Newsworthy stories:  What made Automotive News’ No. 1 news story of the year for 2017? “Virtually every automaker becomes an EV evangelist,” is the lead story,

even though EVs didn’t even make the the top 10 for the previous year. More than 100 battery-electric models will be sent to dealerships globally within five years. Its become easier to list which automakers don’t have big plans for EVs in the near future. Cheaper batteries will drive it, along with several countries saying they’ll ban gasoline-powered vehicles within a few decades…………… LeEco CEO Jia Yueting had been ordered by Chinese regulators to return to China before the end of 2017, but did not make that appearance. Jia had said he’d stayed in the U.S. to do fundraising for his other electric car company, Faraday Future. The Beijing branch of the China Securities Regulatory Commission (CSRC) issued a notice last week ordering the CEO to return to China to address mounting debt and to protect investors’ rights. Jia said he’d asked his brother, Jia Yuemin, to meet with the commission last Friday to provide a report. “I am deeply sorry and blame myself for the negative impact of LeEco’s debt crisis. The fundraising for Faraday Future in the United States is making significant progress and there are many tasks I need to push forward in order to ensure the production and timely delivery of the FF91,” he said in a statement…………. Lyft will be showing off an autonomous ride-hailing service at CES in Las Vegas later this month, in partnership with Aptiv Plc and its automated driving platform. Aptiv was launched in December when auto supplier Delphi Automotive split into two companies. Lyft and Aptiv will offer rides to attendees at CES in the “point-to-point” ride-hailing system utilizing Lyft’s mobile app and Aptiv’s platform. Lyft is poised to play a leading role in working with technology partners to tap into the ride-hailing firm’s resource of providing about one million rides per day. Analysts predict that autonomous ride-hailing and ridesharing mobility services will lead the way in adoption of self-driving cars.

What declining oil prices mean:  Shale oil drillers have become good enough at what they due to bring record highs to U.S. crude oil production, according to a Washington Post feature. 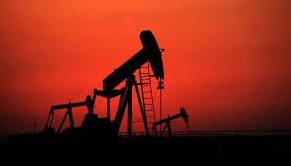 Shale oil drills can now plunge deep, pivot, and tunnel sideways for miles until they find an oil pocket, said Frank Verrastro, senior vice president at the Center for Strategic and International Studies.

Here a few trends to follow on the impact of U.S. oil production capacity: