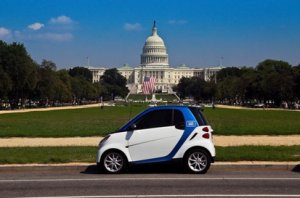 For those who’ve attacked federal funding for automakers and suppliers in the past five or so years, the controversy does appear to be winding down. It looks like the Great Recession post-bankruptcy era may be wrapping up soon for both General Motors Co. and the Chrysler Group. Tesla Motors has paid off its federal loans and the Fisker Automotive debacle appears to be wrapping up.

The US Treasury Dept. expects to sell its remaining 31.1 million of GM common shares by the end of this year, depending on market conditions. That would take the cap off salaries for top executives, which GM has said hampered recruiting. Chrysler Group may avoid an initial public offering with Fiat paying off the United Auto Worker’s health-care trust’s share of the US automaker.

Those watching the Chrysler negotiations are saying a valuation of $10 billion is being considered for market value, which would mean that the UAW’s health-care trust would own about $4.15 billion in share value with its 41.5% stake. It’s less than what analysts had expected Fiat would have to pay for Chrysler Group. The trust has been pushing for an IPO on its share of the US automaker, and Fiat and Chrysler CEO Sergio Marchionne would like to avoid the stock offering and take the remaining stake in Chrysler.

General Motors investors are said to be focused on the possibility of stock buybacks or a dividend on common shares. This comes in the wake of the US Treasury outlining its plans to sell the rest of its GM stake by year end, analysts said.

Sales have been strong for GM and Chrysler this year, and both Detroit automakers had a significant presence at the LA Auto Show. GM unveiled its new Chevrolet Colorado compact pickup truck. Those participating in the Green & Advanced Technology Ride & Drive enjoyed driving the Chevrolet Spark EV, the Fiat 500e, and the Jeep Grand Cherokee with its new 3.0L EcoDiesel V6 clean diesel engine. Chrysler is still behind its competitors in the alternative fuel vehicle arena, but that seems to be more a result of its being handed off from its Daimler owners, going through bankruptcy, and then having its new identity being structured by Fiat executives and Chrysler’s new leadership.