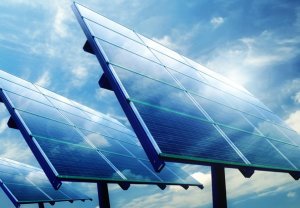 For business starters and investors looking at greentech/cleantech as a good possibility, keep something in mind:  It is a very, very tough business to survive and thrive in. Plug-in electric carmakers have been finding it out, and now solar power suppliers are going through their own wringer.

It’s not all bad news for the solar business. There are some real solar market opportunities for commercial and residential buildings, especially among electric vehicle owners. As Craig Shields of 2GreenEnergy.com reported, 35% of EV owners in the US (and about 56% of EV owners in California) either have or are installing solar panels on their homes. California, and a few other states, are pushing for renewable energy through mandates and subsidies, and solar makes the most sense for meeting the renewable targets. Tesla CEO Elon Musk, who also serves as the chairman of SolarCity, sees great opportunity in solar power, and Solar City’s stock price trend has been very strong for several months.

More recently, the pressure has been getting intensified for companies making and installing photovoltaic (PV) panels on buildings. Here’s my take on what the solar industry is dealing with:

While the Energy Information Administration reports that solar only makes up one quarter of one percent of the country’s power generation, utilities are taking it very seriously.  Arizona’s largest utility is pressuring the state’s regulatory agency to reconsider its plan to issue a generous utility credit. In North Carolina, Duke Energy wants to see a new set of solar fees implemented for solar customers. There’s lobbying being done in California by the major utilities – in a state with lots of subsidies and the largest solar market in the US. (On the other hand, these utilities are playing a part in the integration of solar to meet California regulations based on AB 32 and as part of their campaigns for smart grid innovation.)

There a lot of questions floating out there on how much it costs to install and maintain solar panels; how much it lowers your electricity bill and does that make the investment worthwhile; and do solar and other renewables stand a chance of taking power generation away from coal? Very big questions. We’ll see what happens.