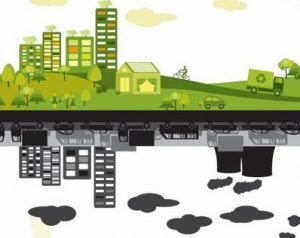 Are clean, advanced technology vehicles going away because of low gasoline prices and car shoppers turning their attention elsewhere? Do transportation alternatives like ridesharing, carsharing, and self-driving cars stand a chance of surviving and thriving? Read on for interesting market trends……….

Navigant Research expects global light-duty vehicle (LDV) sales growth to continue over the next 20 years – from 88.8 million vehicles this year to 122.6 million sold in 2035. Navigant Research sees changes driven primarily by the adoption of vehicles with various levels of drivetrain electrification and vehicles that run entirely on alternative fuels. New transportation business models for LDVs such as carsharing programs alongside increased urbanization is likely to put downward pressure on vehicle sales in the long term, Navigant Research says. As for the 20-year forecast, change is being driven by government-led initiatives to improve fuel economy and market demand for alternative transportation options and alternative fuel vehicles. “LDVs primarily fueled by gasoline are expected to fall as a percentage of the overall global fleet from 82% in 2015 to less than 71% in 2035, particularly as diesel, electricity, and other alternative fuels become more price competitive and their respective infrastructure becomes more available,” says Scott Shepard, research analyst with Navigant Research.

While gasoline prices have been hurting hybrid and electric vehicle (EV) sales in the U.S., other countries are seeing growth in EV sales. The U.S. share of the market is expected to drop as sales stall out here but grow in other countries. Global EV sales in 2015 through May came in at more than 160,000 units, of which the U.S. saw only 39,000 deliveries. In Norway, a third of its new vehicle sales were EVs in the first quarter of this year, and the Netherlands saw it become 5.7% of its share during that time (compared to about 0.8% of new vehicles sales in the U.S.). For this year, U.S. sales are expected to stay flat, but are likely surge next year and in 2017 with higher production and new entries from several high-volume makers. The 2016 Chevrolet Volt and an all-new Nissan Leaf released in 2017 or 2018 are expected to make a difference. The Tesla Model X, which is expected to double Tesla’s annual sales, is slated to show up in China in the first half of next year after being introduced in the U.S. sometime this quarter.

Automotive media and market analysts have decided that green vehicle sales are being trashed by low gasoline prices and affordable fuel efficient cars. That being said, they can’t stop dwelling on (obsessing over?) the topic. LA Times’ veteran automotive reporter Jerry Hirsch wrote two features about it, published within a day of each other last week. Hirsch is up there with USA Today’s Chris Woodyard as an expert reporter on green vehicles for a major media source. In “Setting the record straight on five common green car misconceptions,” Hirsch educates readers on topics such as range anxiety, hybrid battery cost, and the myth that EVs cause just as much pollution as gasoline-engine vehicles. In “What kind of car is the most green, fuel efficient and budget friendly?”, Hirsch worked with the Union of Concerned Scientists to examine seven powertrain options, analyzing their greenhouse gas emissions — including the power plant pollution required to produce electricity — along with their relative fuel efficiency and cost of operation. They found that battery electric vehicles are the cleanest and least expensive to operate. Richard Truett of Automotive News cares enough about the topic to have written a detailed report on gas prices and automaker product planning last week. For the federal mandate on fuel efficient vehicles, Truett thinks that, “If automakers can’t make money or at least break even on electrified and fuel-efficient vehicles, all bets are off. There are already rumblings around Detroit of asking the government to push the 54.5 mpg requirement out past 2025.”

One of the largest airports in the U.S. has allowed ridesharing leaders Uber and Lyft to begin picking up passengers. Despite protests by taxi drivers, Los Angeles (LAX) airport officials agreed Thursday to permit ridesharing/ride-hailing companies such as Uber and Lyft to pick up, and not just drop off, their passengers. That could begin as early as late August, subject to final approvals by airport officials and the city attorney. For the 2,361 licensed taxis serving that airport, many of them see LAX as their last remaining stronghold as ride-hailing eats away at their fares. Orange County’s John Wayne Airport began allowing ride-hailing services to pick up at the airport earlier this year. Uber revenue is expected to skyrocket this year – from $400 million to $2 billion, as consumers (primarily members of the 18-35 year old Millennial generation) choose Uber over taxis and other transportation sources.

Google continues to test its self-driving cars, and has seen injuries from one of the collisions for the first time. During the 14th accident from one of these test vehicles, a Google autonomous vehicle was rear-ended on July 1 near the company’s corporate campus in Mountain View, Calif. Three Google employees were taken to a hospital to receive treatment for “minor” whiplash. The driver of the other vehicle who hit the Google test car also suffered some minor injuries. Google’s test program generated headlines earlier in 2015 when it was revealed that more than a dozen crashes have occurred and the other drivers have been blamed. With the latest crash, the Google vehicles have been rear-ended in 11 of the 14 incidents. The test program has been using Google’s own driverless cars, and initially used modified Toyota and Lexus vehicles; the test project so far has driven over 1.9 million miles.

U.S. consumers are still concerned about losing control of their vehicles to self-driving cars, according to a recent survey by University of Michigan’s Michael Sivak and Brandon Schoettle of the Transportation Research Institute. The survey polled 505 people and found that 43.8% didn’t want any form of autonomous technology in their vehicles while 40.6% were comfortable with some level of self-driving tech. There was a nearly unanimous response to one question that doesn’t bode well for Google and its vehicles: 96.2% of respondents want a steering wheel, brake and gas pedal in their vehicle no matter the level of autonomy. Perhaps they will need to remain semi-autonomous vehicles? Along with Transportation Research Institute’s study, the university announced last week that it will be opening a new testing site for connected and driverless cars. The 32-acre testing grounds, called Mcity, are designed to simulate urban and suburban roads with a network of controlled intersections, traffic signals, streetlights, sidewalks, construction obstacles, and more. The test track is operated by the university’s Mobility Transformation Center and is an extension of a federally funded pilot program to study connected vehicle technologies at the university. Three years ago, the Transportation Research Institute launched a safety pilot program; that test program includes the deployment of about 9,000 vehicles – cars, commercial vans, buses, and motorcycles equipped with transmitters and data-logging devices to track position, acceleration, and velocity of vehicles and infrastructure.

Carsharing continues to see much interest as a transportation alternative in cities like Paris, San Francisco and Boston. Automakers and car rental companies continue to acquire or partner with carsharing startups like Zipcar, Car2Go, Getaround, and City CarShare. More than 1.5 million people are already using these services in the Americas, according to new research from UC Berkeley. As automakers and car rental companies expand their offerings, the business model is based on efficiency and easing congestion in crowded urban environments where carsharing makes a lot of sense. “This allows flexibility for the operator to serve more people with a single car,” said Susan Shaheen, director of Innovative Mobility Research at the University of California, Berkeley’s Transportation Sustainability Research Center.