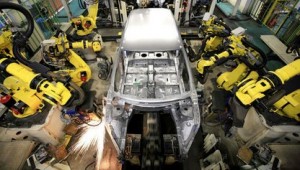 If you’ve spoken lately with students and 20-something Millennials, or with their parents, you may have heard about their interest in robotics for career opportunities – in engineering, management, public policy, computer sciences, and academics, among other fields. For those interested in finding out about the 10 best American universities to attend for education in artificial intelligence and robotics, check out this Business Insider article.

Career opportunities and realities are changing and will continue to do so for young people – and for older people from the Baby Boomer and GenX generations. Robotics is being introduced in several industries now, with the US Dept. of Defense (DOD) leading the way. Armed drones have been flying over Iraq lately to protect US military personnel assisting Iraqi forces from the unexpected uprising; unmanned ground vehicles continue to be tested as well. Lessons learned by the DOD eventually disseminate onto university and government research labs; there’s a growing demand for workers who can act as service technicians for robotics, along with those trained in designing and managing the next generation of robotic technologies.

Automotive executives from Nissan and a few competitors attended the Automated Vehicles Symposium last week; Nissan reiterated a bold statement – it will be the first automaker to roll out an autonomous vehicle by 2020. Daimler AG chief executive Dieter Zetsche said his company will have more to say about the next steps “in the not-too-distant future.” While it will take a few years longer than 2020 for autonomous vehicles to spread across US highways, the implications are huge for people making their living driving a car.

While speaking this spring at an economic think tank hosted by the American Enterprise Institute, Microsoft CEO Bill Gates said that within 20 years, a lot of jobs will go away and will be replaced by software automation (“bots”).  “Software substitution, whether it’s for drivers or waiters or nurses … it’s progressing. …  Technology over time will reduce demand for jobs, particularly at the lower end of skill set,” Gates said.

Auto assembly plants will see jobs go away as robotics take their place. Last year, BMW took a step in that direction with a handful of robots working side-by-side with human workers at its Spartanburg, SC, plant. For those employed as drivers – such as taxi and limo drivers, shuttle services, and commercial trucks – robotics and autonomous vehicles will mean job loss.

As for today, growth in ridesharing is pushing fear factor buttons. As Uber, Lyft, Sidecar, and other companies make ridesharing services booked on mobile devices easier and more plentiful, taxi and chauffeured transportation drivers are starting to feel the pinch. Ridesharing and carsharing are starting to change the business model for transportation companies and automakers. Intelligent transportation systems, connected cars, and autonomous vehicles are in the works. As Bill Ford, executive chairman at Ford Motor Co., says, there’s a radical shift taking place over the next 20 years: automakers will become personal-mobility companies.

The fast-changing work environment presents challenges and opportunities for everyone. Robotics is one of several technologies impacting job retention and creation, but I think there are several other factors to continue monitoring and preparing for…….