As the COVID-19 pandemic continues, companies are looking for signs of how to best prepare for the new competitive landscape 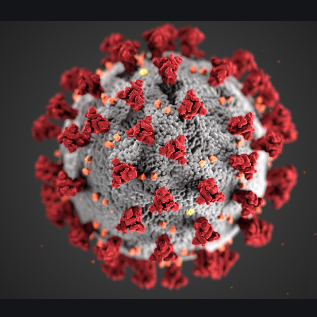 — as the expectation of everything returning to normal goes to the sidelines. A webinar last week from Lux Research, and a separate interview with a Volkswagen executive, analyzed the ‘new normal’ emerging from the disrupted world.

Telemedicine has been responding to intensive pressure on infection prevention and resiliency of the healthcare system. Plastic waste recycling has been another hot topic among Lux Research clients, and had been so well before COVID-19 as China ended its role as the major import destination for plastic exports.

Automakers are feeling much of this pressure, and have been adapting to plant closures and re-openings, workforce safety, and reprioritizing what had been top priorities earlier this year, Holman said. Tests have been halted on autonomous vehicle trial runs, and vehicle electrification has been hurt for the short-term, but looks good for long-term demand and tech development.

Social mobility is also feeling the impact, with health and safety concerns a top priority for those using services such as Uber and Lyft. Social distancing will continue, which could be an advantage for selling personal vehicles over shared rides.

For now, responding to the safety concerns has taken over and has opened up new ways of thinking. Ford CEO Jim Hackett, who will be handing over his job to Ford’s Jim Farley, has been leading a study on antimicrobial steering wheels and handles.

Lux Research sees two other market dynamics shaping the next phase of automotive — sustainability practices and personalizing the technology to the consumer.

The research firm sees startups struggling to find funding lately. One strategy they need to consider is partnering with competitors to secure a new round of funding for the next six months or longer, Holman said.

Reinhard Fischer, senior vice president of strategy for the Volkswagen Group of America, shared his perspectives during an in-house interview. He sees attitudes about the role of the car, and developments in the next wave of technology, changing in the post-pandemic environment.

“For me, it all starts with understanding how the consumer views the car,” Fischer said. “With the COVID-19 pandemic, people are really recognizing the benefits of having a car. A private means of transportation that you don’t need to share with anybody – it can be your sanctuary.”

For many, there’s lack of comfort in public transportation. Travel should also continue to feel the impact, with consumers likely to use their personal cars more for shorter trips. Another growth trend this year has been an increased popularity in working from home, with people driving less.

Fischer would agree with Lux Research’s take on where EVs are heading.

“I expect the pandemic could cause the transition to electric vehicles to briefly hesitate but then accelerate,” he said.

One of his reasons for reaching this conclusion are that home charging stations take away fear of infection at gas stations coming from touching gas pump handles. Another is consumer and government expectation for clean air, as scenic views that were clogged by air pollution starting to become more visible — and with health concerns over air quality being prioritized.

VW will be watching where ride sharing goes as the new normal landscape takes shape. Customers have to take a hard look at the health condition drivers are in, and who’d been riding in the car before them. What are ride sharing firms doing about it?

The other factor to follow is the political environment, Fischer said.

“Many countermeasures can reduce the flexibility of the ride sharing concept as there is the possibility of being regulated like taxi services are today. That could have an impact on the price position of these services for the consumer,” he said.

California leads the way there, and is also exploring another possibility.

“Other plans, like the one being explored by the state of California where a percentage of  ride sharing vehicle miles in the future will need to be 100 percent electric, will further increase the cost of entry into the ride sharing business model,” Fischer said.

And in other news:
One-year-old Lordstown Motors will become a publicly traded company in an effort to bring its commercial electric pickup truck, the Endurance, to market. General Motors will have a stake in it larger than had been originally expected, according to financial filings. The electric truck maker plans to list on the Nasdaq stock exchange under the ticker “RIDE” by combining with DiamondPeak, a special purpose acquisition company. It will look something like the “reverse merger” stock market deals announced last week by Fisker, Inc., and earlier by hydrogen-powered truck maker Nikola. E-trucks are becoming a hot commodity with electric pickups coming soon from Tesla, Ford, GM, Rivian, and Nikola. Workhorse Group has done well in this segment already.

Tesla CEO Elon Musk has done a second interview with Automotive News, and here are a few of the takeaways………. Austin, Texas, was chosen for building the Cybertruck due in part to workers wanting the new plant to be housed there…….. a third US assembly plant may be coming in four-to-five years……….. Musk could care less about J.D. Power rankings…….. electric small cars and minivans may be in the works………. and a more conventional looking electric pickup may be rolled out if the Cybertruck flops.

AltWheels 2020 has opened up conference registration. The 17-year-old clean transportation conference will be taking place on Monday, Oct. 5, 2020, in a virtual format. The event organizers want to make sure that fleets and other stakeholders will be able to continue attending and sharing information on making clean transportation work. Fleet Day at AltWheels 2020 will include speakers and a breakout session, exhibits, along with leading alternative vehicles of all sizes and the latest options for fleet managers.

Fisker, Inc. says that its planning to have four vehicles in the works by mid-decade, supporting the company’s long-term goal for Electric Mobility as a service. That will include the first-in-line Ocean SUV; a super-sports sedan based on the EMotion concept; a sports crossover; and a pickup truck. The Volkswagen partnership will be part of it, but there’s likely to be other announcements with automakers and technology suppliers. The company will also continue its commitment to bring sustainability front and center — from the solar roof to the tires being used.