Americans for Prosperity beating transit:  Oil billionaires Charles and David Koch stunned observers by backing a voter campaign to thwart a $5.4 billion mass transit project from being funded in Nashville, Tenn. What had seemed like an easy shew-in was defeated this month through successful get-out- 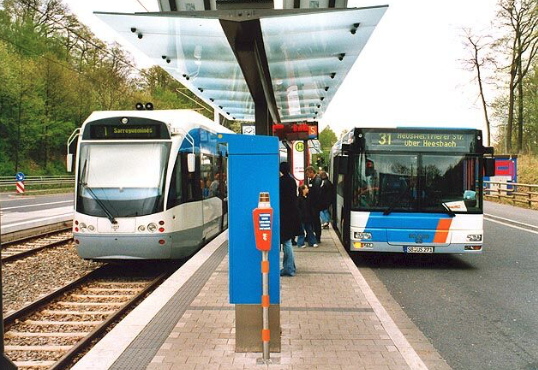 the vote activism from Koch brothers-funded Americans for Prosperity. That group is seeing success fighting against other public transit projects around the country. The Koch brothers want to see public transit go away and government funds go into restoring highways and roads. The Koch Industries conglomerate is a major producer of gasoline and asphalt, and also makes seatbelts, tires, and other automotive parts. The Trump administration had promised to back highway infrastructure funding, but that has faded away. Americans for Prosperity is now filling some of that void. Supporters of transit project investments say that having light-rail and more buses reduces traffic congestion and air pollution in a city. They also see transit as a platform for bringing in more electric and alternative fuel-powered buses. The Koch brothers have an opposing agenda, and have also been opponents of electric and alternative fuel vehicle adoption. 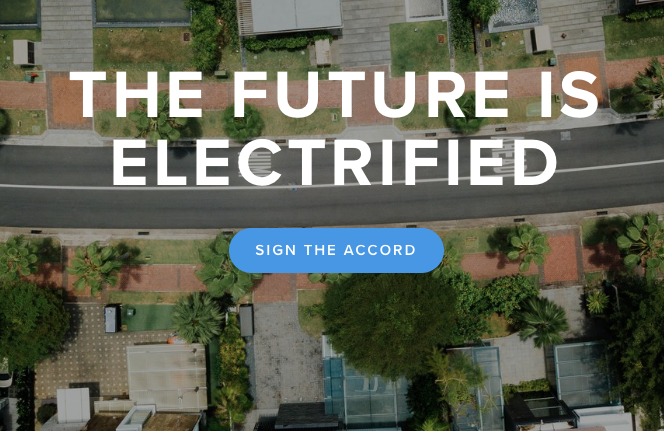 electrification can be moved forward. Principles have been endorsed on building the needed energy infrastructure to guide local, state, and federal policymakers. Other organizations endorsing the accord include CALSTART, Ceres, Consumer Federation of America, Consumers Union, Electrification Coalition, NRDC, Plug In America, Sierra Club, Union of Concerned Scientists, utility companies, and Clean Cities coalitions. Britta Gross, director, GM’s advanced vehicle commercialization policy, said that “the accord lays out the essential building blocks for a compelling energy infrastructure that we can all rely on for decades to come. Innovations in transportation electrification will benefit society as a whole — and cross-industry, multi-stakeholder cooperation is key.”
Volkswagen AG and Ford Motor Co. have signed an agreement exploring a strategic alliance designed to strengthen each company’s competitiveness and better serve customers globally. The companies are exploring potential projects across a number of areas – including developing a range of commercial vehicles together to better serve the evolving needs of customers. Ownership of new ventures would not involve equity arrangements including cross ownership stakes. Commercial vehicles could be ideal for both companies to share goals in selling electric and alternative fuel vehicles through fleet purchase programs, though the issue of green vehicles wasn’t mentioned in the press release.
Events to consider attending:  CALSTART’s High-Efficiency Truck Users Forum (HTUF) is taking place Aug. 6, 2018, at the Novi Suburban Collection Showplace in Novi, Mich. It’s being held in conjunction with the Ground Vehicle Systems Engineering & Technology Symposium (GVSETS) which convenes Aug. 7-9 at the same location. The one-day HTUF event brings together industry and military stakeholders to identify barriers and opportunities for greater adoption of advanced technologies in these areas. It’s supported by the U.S. Army’s Tank Automotive Research Development and Engineering Center (TARDEC), and focuses on vehicle efficiency, electrification, automation, and cybersecurity. The Battery Show will run alongside Electric & Hybrid Vehicle Technology Expo and Critical Power Expo. It takes place Sept. 11-13 at the Suburban Collection Showplace in Novi, Mich. The Battery Show connects you with more than 8,000 engineers and executives, and more than 600 leading suppliers, across the advanced battery supply chain. Ambri Inc. co-founder and professor of Materials Chemistry in the Department of Materials Science and Engineering at MIT, Dr. Donald R. Sadoway and Chelsea Sexton, Electric Vehicle Advocate and Advisor, will keynote this year’s event. Electric Drive Transportation Association (EDTA) and Oregon Governor Kate Brown today announced that the 33rd International Electric Vehicle Symposium and Exposition (EVS33) will be held in June 2020 and hosted in the City of Portland. The announcement was made during the annual Roadmap Conference organized by Forth. Since 1969, EVS has been a global forum bringing together EV experts. Portland has long been a leader in transportation electrification, with some of the highest per capita electric vehicle sales and densest fast-charging infrastructure in the country, as well as the nation’s first brand-neutral electric vehicle showroom, the Go Forth Electric Showcase. Governor Kate Brown recently signed an Executive Order setting a goal of 50,000 registered electric vehicles in the state by the end of 2020.
UPS will be investing $130 million more into compressed natural gas vehicles, including 400 semi-tractors and 330 terminal trucks and five more fueling stations. Previous CNG investments by UPS included $100 million in 2016 and $90 million in 2017. The 400 semi-tractors come from Freightliner and Kenworth Truck Co., and the 330 terminal trucks by Terminal Investment Corp. UPS is well known for investing in a wide selection of alternative fuels and powertrains. “We strongly believe further investment in our natural gas fleet is a key element to help us achieve our long-term goals for reducing our CO2 emissions,” Carlton Rose, UPS president of global fleet maintenance and engineering. “We demonstrated the effectiveness of natural gas vehicles and fuel in 2017 by using 77 million total gallon equivalents in our ground fleet.”
While city planners are making the convincing argument that mobility services are adding to traffic congestion and air pollution for now, Uber is taking on an alternative approach. On Tuesday, the company announced a pilot program offering financial subsidies to drivers who use electric vehicles; build features into its app that are specific to EVs; and partner with nonprofits and UC Davis researchers to identify ways Uber and policymakers can encourage and reward adoption of EVs. Called the EV Champions Initiative, the one-year pilot program is taking place in seven cities: Los Angeles, San Diego, Sacramento, San Francisco, Seattle, Austin, and Montreal. Incentives are specific to each market, with the company testing different benefits in different places. The incentives and benefits will vary by market.