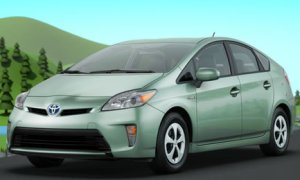 Not long ago, the market values of used hybrid electric vehicles, especially the Toyota Prius, were very strong. It made for optimistic trend forecasts on increasing sales of new hybrids and strong retention values – making them all the more appealing to consumer and fleets. More recently, used vehicle values have been softening on hybrids. Other green vehicles are still up in the air, such as plug-in electric vehicles and natural gas vehicles. NADA Used Car Guide has covered these topics in-depth lately.

NADA Used Car Guide’s Perspective edition for June covered the topic of used hybrids. Here are a few highlights of the report along with what’s been happening with natural gas trucks…….