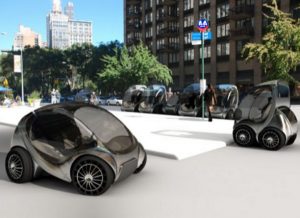 As I discussed last month during a workshop in Sacramento with colleagues, the “urbanization” trend with traffic congestion and air pollution is driving policy changes and increased use of transportation alternatives such as carsharing and ridesharing. Starting in this week’s Green Auto Market, a new department will join the Top 10 clean transportation stories: Advanced Transportation & Urban Mobility. Along with following companies such as Lyft, Uber, Zipcar, and Car2go, other topics that will be tracked and analyzed will include: autonomous vehicles, smart transportation, advanced vehicle technologies, Hyperloop and bullet trains, intelligent transportation systems, and connected cars. Here are some interesting advanced transportation developments over the past week………