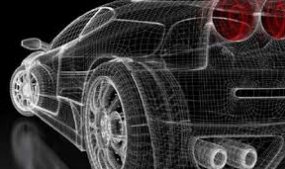 Automotive analysts have been writing about declining sales in electric and hybrid vehicles in recent months, with the downturn in gasoline prices being one of the primary reasons for it. Navigant Research forecasts that the average price of gasoline will reach $10.75, accounting for inflation, in 2035, as alternative fuels and diesel become more popular. In the meantime, it’s likely that niche markets become more viable for OEMs; gas prices may stay soft for a while, but there are other significant motivating factors for vehicle acquisitions, with traffic congestion, an aging population, development of autonomous vehicles, and concern over environmental quality among them. Here are a few niche segments to follow………

Neighborhood Electric Vehicles: GreenTech Automotive is counting on low-speed electric vehicles finding the right audience as it ramps up at its Mississippi plant to build its MyCar neighborhood electric vehicle (NEV). Pike Research had forecasted that NEVs on roads throughout the world would increase from 479,000 in 2011 to 695,000 by 2017. Communities around the US are trying out NEVs on restricted roads to see how that affects air pollution and traffic congestion.

Self-Driving Cars: Google has said that one of the reasons the technology giant is investing in self-driving car test projects is that people with disabilities will have greater transportation options. It will also take human error out of driving and improve road safety. Unmanned aerial vehicles (UAVs), or drones, have been closely tracked by proponents of self-driving cars as a technology that will cross over into ground transportation. Lux Research sees potential for market growth in UAVs as they move from military surveillance drones to broader commercial vehicles if government regulations allow for it. Government agencies are ruminating over safety and privacy concerns.

Fuel Cell Vehicles: Fuel cell vehicles powered by hydrogen have been ending up as forklifts in warehouses, distribution centers, and manufacturing facilities as companies such as BMW, Coca-Cola, Fed-Ex, and Wal-Mart recognize the quick refueling times and enhanced performance that fuel cell forklifts deliver.

Propane Autogas: Police departments are trying out propane autogas as a way to use a clean, domestically produced fuel with lower cost per mile than gasoline. Other propane vehicle applications in recent years include: buses, light- and medium-duty trucks, shuttle buses, taxis, landscape equipment, and agricultural equipment.

Drayage and Other Port Vehicles: Vehicles used in drayage, trucking, and other functions at the Ports of Los Angeles and Long Beach are being powered by liquefied natural gas (LNG), electricity, hydrogen, and clean diesel. Clean vehicle programs have been adopted by these and other ports in the US to improve air quality and support alternative, domestic fuels.

NGV Trash Trucks: Waste Management, Inc., has embraced natural gas to power its refuse/trash truck fleet. Some of that has been produced from its landfill gas projects. Municipalities are considering using natural gas vehicles, hybrids, and other alternative fuels and technologies in their fleets. They’ve been watching their transit agencies go this route in recent years and are seeing payoff within two-to-three years from fuel cost savings and meeting government mandates on reducing emissions.