China’s auto market grew in April, overcoming an early-year collapse triggered by the coronavirus shutdown — and 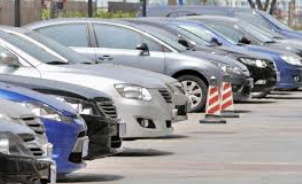 ending a nearly two-year streak of sales declines that has shaken the world’s largest auto market. Before the coronavirus, China had been seeing an economic downturn following years of historic growth in new vehicle sales.

The market’s new energy vehicles also saw a turnaround during that month. China includes all electric, plug-in hybrid, and hydrogen fuel cell vehicles in these totals for passenger and commercial vehicles.

All of this is happening as the Covid-19 crisis impact has started softening in China’s economy and the world’s largest auto market. China’s recovery could be a good sign for the start of economic recovery that should slowly spread to the US.

But China’s leading auto trade group warns that the fight won’t be over — with sales expected to be down 15 percent overall versus the previous year. Much of that took place in the first quarter of this year, with sales improvements expected to continue for at least two more months.

US new vehicle sales volumes were down about 50 percent year over year in April. Car shoppers are staying out of dealerships during the pandemic — and that includes online sales. Tesla does have the advantage of getting its customers to go that route from its very beginning, with some analysts pointing to Tesla’s retail model as a sign of the future for competitors and their dealer networks.

Data on plug-in hybrid and battery electric vehicle sales in the US is very difficult to find these days, as the leading sources stopped publishing their reports last year and into this year. One analysis piece expects that EV sales will decline in the US for up to 12-to-18 months. A real double whammy has hit the market through the Covid-19 pandemic and drastically lower oil prices.

EV sales of course won’t be going away entirely in the US, and some automakers will continue to prioritize their lineups. Volvo Cars was pleased to announce that its Recharge lineup of plug-in models doubled in the first four months of this year from 7 percent of its sales to 14 percent. The company also reported seeing a nearly 44 percent drop in overall new sales last month.

Tesla chief Elon Musk was pleased to tell stakeholders at the company’s recent earnings call that the Model 3’s prices will be going down in China. That should help bring it back to competing with market leaders. BYD and Ford took the two top spots in China last month in EV sales, with the Model 3 coming in third.

Tesla wants to open up its third auto assembly plant in Germany, which appears to be going forward. For now, China will be a very important market to establish firm footing within. That’s the case for a few other major automakers that have put lots of capital into EV sales in China — including General Motors, Ford, and Volkswagen.